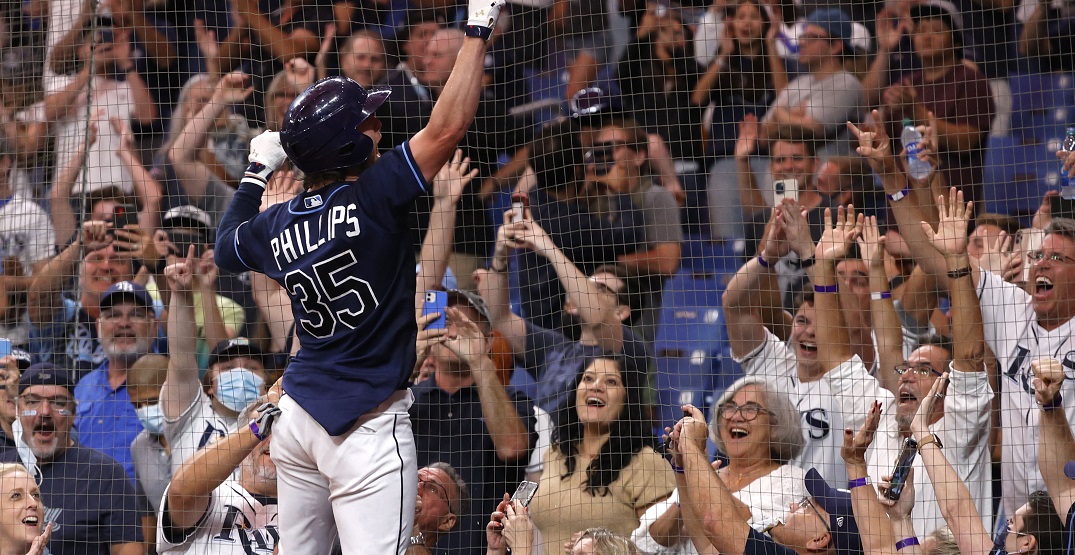 The Tampa Bay Rays are making it clear that they could actually in fact be heading to Montreal on a part-time basis.

Having had rumours with a season split between Montreal and Tampa Bay between the past few seasons, Rays management is now openly discussing the possibility.

In fact, the team is teasing the its potential future in Montreal at their home park of Tropicana Field during their playoff run.

The Tampa Bay Rays are currently in first place in the American League East with a record of 96-59, and were the first team in the league to qualify for the postseason. But despite their success, attendance issues have plagued the Rays since its inception in 1998.

“We’re going to add a sign in the right field foul territory with a very simple Tampa Bay- Montreal graphic,” Rays president Matt Silverman said in an interview with This Week in Rays Baseball (via the Tampa Bay Times). “Especially with the eyes of baseball on us this October, we want that visible symbol of our plan and our excitement for it. It will mark the effort subtly and keep the focus on winning.”

Silverman also added the team isn’t exploring a full-time move, but rather just a way to keep the team in the Tampa area long-term. He added he was “more optimistic” than he’d “ever been” about the possibility of the partnership coming to fruition.

A major league team has not called Montreal home since the final season of the Expos in 2004. It is not yet clear exactly how many Rays home games per season would be played in each city as part of the “sister-city” plan.