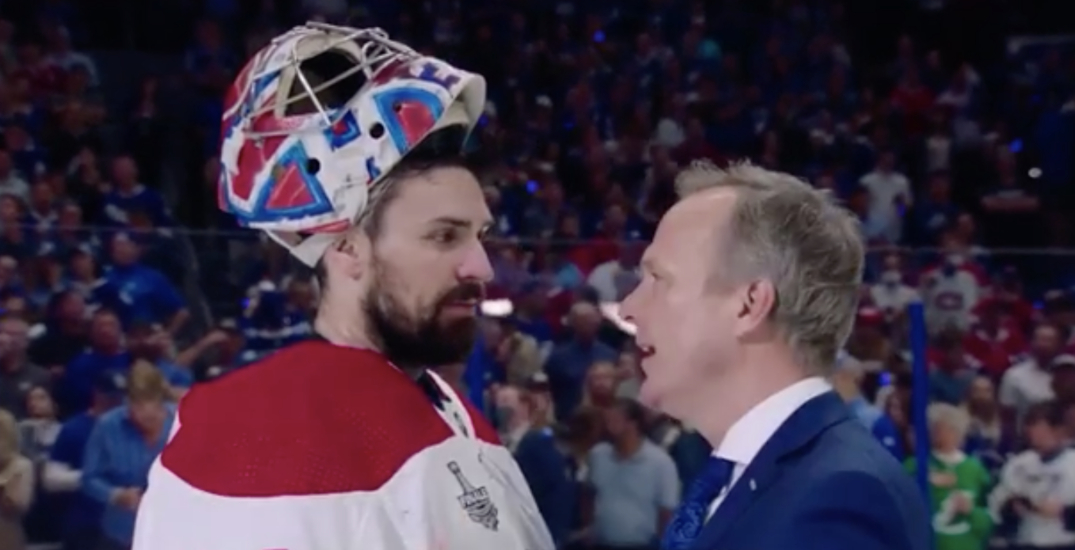 Do you find yourself asking, “What are they saying?” when professional athletes shake hands at the end of a series?

Because now you can hear what the Tampa Bay Lightning coach had to say to some members of the Montreal Canadiens during the team handshake.

The NHL has released a video of Lightning coach Jon Cooper giving words of encouragement to a few Habs players at the conclusion of last week’s Game 5 Stanley Cup Final.

In the video, Cooper first shakes hand with Canadiens forward Cole Caufield, telling him he has a “bright future.” The 53-year-old British Columbia native then interacts with Brendan Gallagher, calling him “a warrior.” He then tells Carey Price that he “aches” for him, before referring to the Finals as Nick Suzuki’s “coming out party” to the young forward.

You can hear Price respond to Cooper, telling him, “Congratulations, coach. You deserve it.”

The video is a quick little glimpse into what it’s like finishing a gruelling series in the NHL, full of respect and admiration for opposing players and coaching staff.

With a few expletives bleeped out, here’s how the handshake line went down, along with captions to follow along.

The NHL captioned the post by saying Jon Cooper is “a class act in every way possible.”