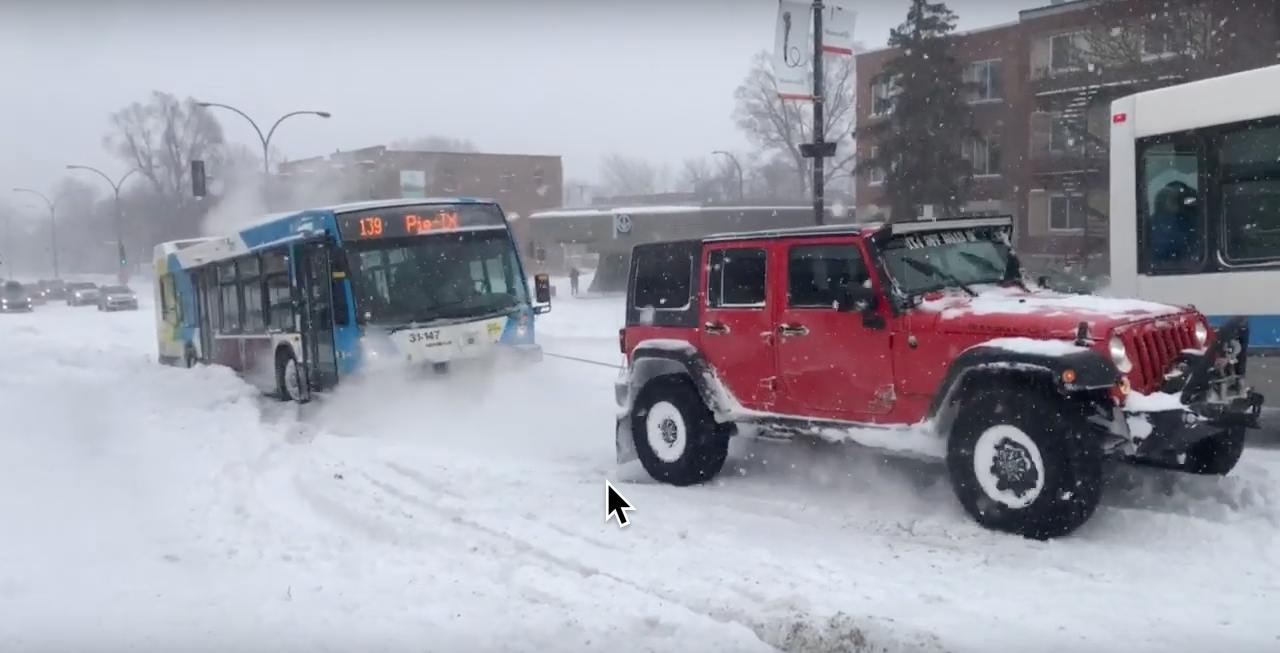 This weekend’s snowstorm in Montreal was so strenuous that even the bigger vehicles on the road needed help.

The winter storm that burst into the city made for difficult driving conditions as the roads gave little traction.

Speaking of traction, a video of three SUVs towing an STM bus out of a slippery spot, has picked up thousands of views on social media.

The video, originally uploaded to Facebook by Js Charland, shows three SUV vehicles, all strapped to each other, towing out an immobile bus up Pie-IX Boulevard.

In the post, Charland says he asked the bus driver if he’d like to be pulled out and the driver replied: “Let’s see if it works.”

The three SUVs then towed out the STM bus, showing just how powerful acronyms helping acronyms can be.