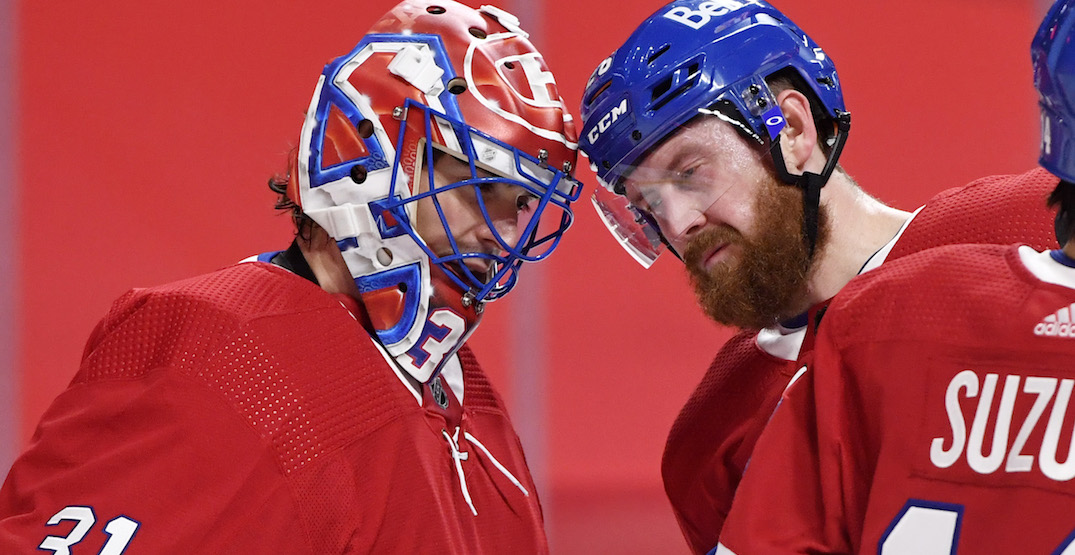 Owning a 9-4-2 record that has them sitting in second place in the North Division, it’s been a pretty good season for the Montreal Canadiens so far.

With the team just past the quarter mark of their 56-game schedule and currently in the midst of a week off before picking things up against the Toronto Maple Leafs on Saturday, it seems like a good time to do a little reflecting on the season that’s been so far. Today we’re going to give you the three most pleasant surprises for the Habs so far, as well as their three biggest disappointments.

It was hard to know exactly what to expect from Tyler Toffoli after the Canadiens signed him to a four-year, $17-million contract in October.

He’d regressed since a 31-goal breakout season with the Los Angeles Kings in 2015-16, but looked rejuvenated after a trade to the Vancouver Canucks last season. He was also still just 28 years-old.

So far, Toffoli’s been worth every penny and then some. One of the big storylines of the season to this point has been the way he’s absolutely dominated the Canucks. The Habs have already played them five times, and Toffoli scored eight (eight!) goals in those games.

At first, the way Toffoli was embarrassing his old team was kind of funny. Eventually, it got to a point where you started to feel a little bad for Canucks GM Jim Benning. Then by the time he scored this jaw-dropping goal for No. 8 on the year against Vancouver, it had gotten so ridiculous that it was funny again.

Toffoli is pacing the Habs with 10 goals and is tied for the team lead with 15 points. This signing is looking like one of the best moves of the offseason.

Not only has Phillip Danault still not scored a goal this season, but dating back to last year he has just one goal to show for his last 29 games.

It was scored on an empty net.

The fact that he’s struggling to produce in his final season before unrestricted free agency may be weighing on him, especially if the reports of him turning down a six-year, $30-million contract extension from Montreal prior to the season are true. Danault also has just 17 shots on goal in 15 games, which ranks 15th on the team.

Danault may be more of a two-way, playmaking centre than a goal-scorer, but the team still needs him to start chipping in offensively.

For his own sake, too.

Marc Bergevin took a big gamble on Josh Anderson, not only trading Max Domi to the Columbus Blue Jackets for a guy who had one goal and four points in 26 games last season, but also signing him to a seven-year, $38.5-million contract.

It hasn’t taken Anderson long to show Habs fans why Bergevin liked him so much, though. His combination of size, skill and physicality is a serious weapon, and he’s used it to score nine goals in his first 15 games with Montreal.

He’s third on the team with 40 shots and leads them with 42 hits.

Domi, meanwhile, is off to an unimpressive start in Columbus, with two goals and six points through 17 games.

Another pending UFA who hasn’t been helping his case this year. After scoring three goals in the first two games of the season, Tomas Tatar scored just one in his next 12. He then found himself a healthy scratch for the Habs’ most recent game, last Saturday’s 2-1 win in Toronto.

Unfortunately, Tatar’s lacklustre play from last year’s postseason, in which he scored just two points in 10 games, seems to have carried over into this year. We’ll see how he responds to being scratched. The Habs need the Tatar who led the team in scoring last year to start showing up.

If he’s being honest, even Jeff Petry would probably tell you he’s a bit surprised by how well he’s played this year. If not, then he sold himself short with the four-year, $25-million extension he signed with the Canadiens before the season.

Petry has been Montreal’s best defenceman this season, if not their best player. He’s a legitimate contender for the Norris Trophy so far. His credentials include being tied for first among all defencemen with six goals, being tied for second with 15 points (which also ties him for the overall lead on the Habs), ranking third in plus/minus at +13, and having just two penalty minutes on the season while playing a strong tw0-way game.

He’s been a good player for a long time, but this season Petry has found a way to have a career year at 33 years of age.

After Carey Price looked like his vintage self in last year’s postseason and Montreal acquired Jake Allen to help lighten his load this year, there was hope that Price could return to elite status.

So far, that hasn’t been the case. Price hasn’t been bad, but a .901 save percentage is far from elite. He’s only made nine starts, so it’s not a sample size that should have too much stock put into it yet, but last year’s playoffs were a small sample size, too.

Allen, meanwhile, has already been given quite a bit of playing time, starting six times in Montreal’s first 15 games. He’s outperformed Price so far too, owning a .933 save percentage.

No, we’re not at the point yet where there’s a goaltending controversy in Montreal. Carey Price is going to have some leash, because he’s, well, Carey Price. But what happens if the playoffs come around and Allen is still clearly outplaying Price? Does Claude Julien stay loyal to the face of the franchise, or does he feel like he has to ride the hot hand?

All we know for sure is he’s hoping Price picks up his play so he doesn’t have to make that call.