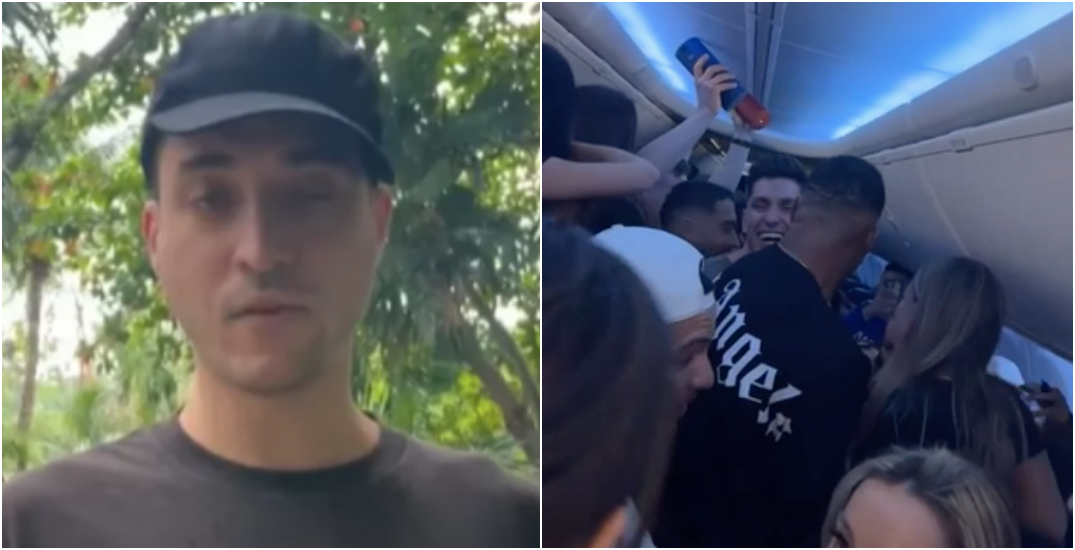 Or at least, it seems so.

On Thursday, a GoFundMe page popped up online that says it’s organized by Mathieu Piment, an apparent influencer on the now infamous party plane that Justin Trudeau called “a slap in the face” to Canadians.

The crowdfunding plea could be a completely tone-deaf attempt by an influencer to actually get home or simply an example of internet trolling.

“Airlines refuse to let me on their flights to return home to Quebec,” reads the post. “I need your help.”

The post says he has started filing complaints to Quebec’s tourism office and is seeking $40,000 to help improve “the experience of my return flight” and will use the money to help initiate his complaints process upon his return to Quebec.

Donors include people commenting, “we support you 400%,” a $250 donation from someone named Horacio Arruda — the same name as Quebec’s health minister — and a “Francois Legault” saying, “Lache pas mon homme!!” (“Don’t give up”).

Other “donors” include $1,000 from commentators with Jeffrey Epstein conspiracy theories as names, former Montreal Canadiens hockey players, and a waitress “who served you a shot when you came” from a popular Quebec restaurant chain.

There’s also a $5 donation from a “Senior James William Awad,” the name of the organizer of the Sunwing party plane.

Is this a joke? Could this saga be a publicity stunt gone horribly wrong? Is anything real? Where am I?

Daily Hive reached out to representatives at GoFundMe to get clarification on the legitimacy of creating fake crowdfunding pages.

Caitlin Stanley, GoFundMe’s Canada Senior Regional Manager, says the platform has reached out to “request additional information from the organizer.” Stanley says the fundraiser has been suspended until information is provided and verified by the company.

Stanley says GoFundMe has “multiple processes in place to verify fundraisers and ensure the safety and protection of our community.” She says when funds are raised on the platform, organizers “must honour the intent of the fundraiser.”