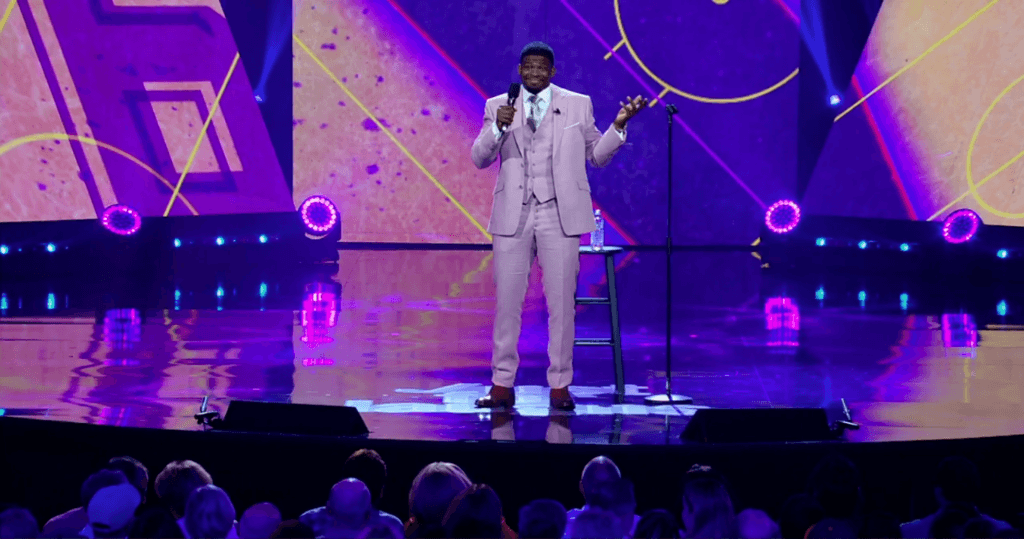 Over the last nine seasons in the NHL, PK Subban has built up a reputation as an elite defenceman on the ice, and a solid comedian on the mic.

Now he has awards for both.

Subban, winner of the Norris Trophy in 2013, took home a Canadian Screen Award on Tuesday night for his comedy special at the 2017 Just For Laughs comedy festival in Montreal.

The special happened just after it was announced that after seven seasons with the Canadiens, he would be traded to Nashville in exchange for Shea Weber.

Naturally, he addressed the trade in the special, saying:

“I’ve never been traded, not in the ball hockey game, not in the road hockey game, it’s one of the few parts of playing in the NHL that I haven’t experienced, along with winning a Stanley Cup and getting kissed by Don Cherry. With any luck I’ll get to cross one more of those experiences off my list this season and if we win the Cup I guess that’s good too.”

Anyone familiar with the way an interview with an NHL player usually goes could probably predict what they will say long before they open their mouth.

‘Gotta get shots on net, sticks on the ice, give a good two way effort,’ etc…

Subban, to the displeasure of some, has been known to buck this trend and be a little more entertaining with his responses and public persona.

Even when a post-game interview with him seems like its going down a normal path, he finds a way to be coy about it, like poking fun at a former teammate’s height.

Sometimes he turns the mic around and pushes his fellow players out of safe conversations.

Even if the league purists sometimes find his playful style to be counter to the NHL culture, he sure is a lot of fun to watch.