While releasing it $1.46-billion budget for 2019 on Thursday, the STM announced increased services on the Metro’s Green and Orange Lines with reduced wait times of five minutes during the week.

Its bus service will enhance routes in “certain targeted sectors” and travel time will be increased by 83,000 extra hours of service, bringing the total number of service hours to 5.3 million for 2019.

That equates to 244,000 extra bus trips while reaching a total of 4.4 million trips, a 5.9% increase compared to the 2018 STM budget, according to their website.

125 new hybrid buses with air conditioning will be added to the fleet, replacing the older buses that are being put out of service.

“The STM has a clear vision: excellence in mobility. We’re realizing this vision through improved customer experience, such as the addition of extra buses and new AZUR trains. All this while continuing to make major investments to maintain the network in good shape,” says Philippe Schnobb, Chairman of the STM Board of Directors.

In addition to the 54 trains already purchased, the 2019 budget also includes $580 million to purchase 17 new AZUR trains to be put into service on the Green Line starting in 2020. 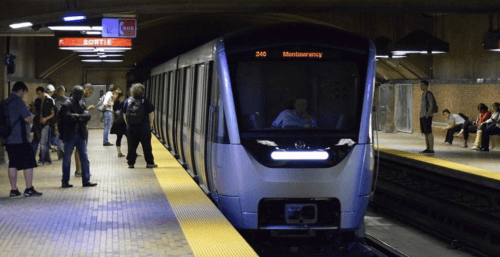 The STM will begin preparations for the Blue Line extension as construction is slated to be completed by 2026. The underground mobile network connectivity will continue to roll-out with 59 of the network’s 68 stations slated to be connected by the end of 2019.

The budget also includes the STM’s ‘ongoing accessibility program’ for metro stations, which plans to have operational elevators in 41 stations by 2025, two of which (Jean-Talon and Jean-Drapeau) are expected to be completed in 2019.