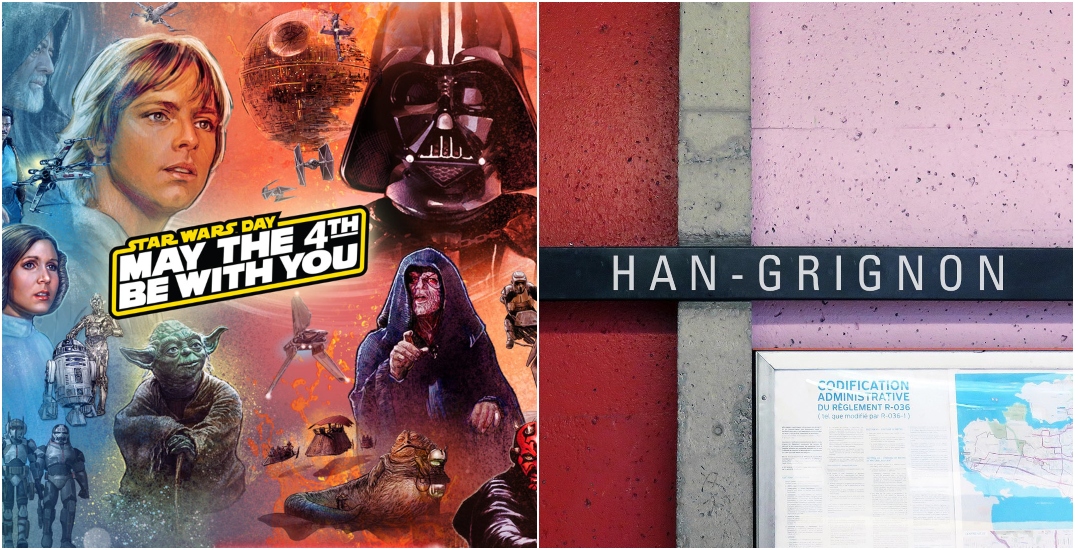 So much so, that even the Société de transport de Montréal (STM) got into the Star Wars fun.

According to StarWars.com, “May the Fourth” is a grassroots phenomenon that now “transcends the English language pun that inspired it.” People around the world celebrate the like-sounding date to the eponymous “may the Force be with you” line from the 1977 film that sparked a pop culture sensation.

StarWars.com says the earliest known use of the phrase “May the 4th” goes back to 1978, one year after the release of Star Wars: A New Hope.

The STM got into the fun by renaming some metro stations to Star Wars-themed names on their social media channels.

Spot-on Star Wars-related names include Mandalaurier, Jarry Jarry Binks, C3PIE-X, and Han-Grignon. Check out the STM’s full creative rename in the embed below.

Next year, we’d add Darth Fabre, Jean-TaLuke I Am Your Father, and Lucien Princess L’aLeia to the list.