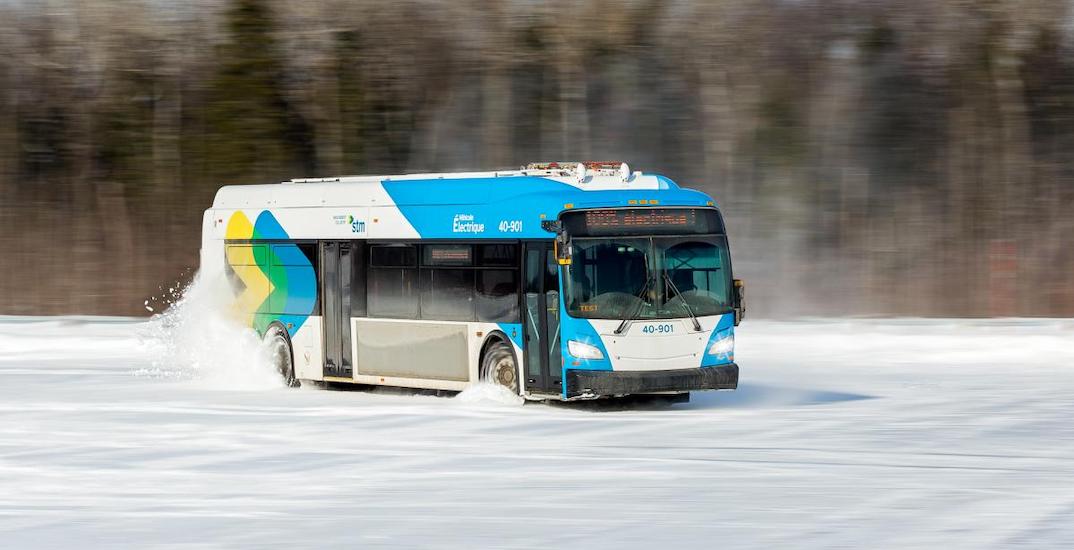 In November, the STM announced the arrival of its first fleet of long-range electric buses and this past weekend, the public transit company shared footage of the new buses going through testing to see if it could handle the elements.

Because you know, Montreal.

The buses were on a closed course, according to the STM, for a series of “essential trials” before to hitting the streets.

The trials were a chance to observe and analyze the bus’ behaviour under harsh wintery conditions. The electric vehicles were taken on a specially prepared road to test out this bus’ brakes, stability control, acceleration, and traction.

The STM’s goal is to ensure that the new buses do not negatively affect service quality as the new buses will be gradually added to the fleet by June 2020.

Forget the rarity of seeing STM buses outside of urban areas, these bad boys should apply for this year’s off-road racing championships. Here are some videos of the electric buses slip, sliding, and gliding around, courtesy of the STM’s Instagram stories.