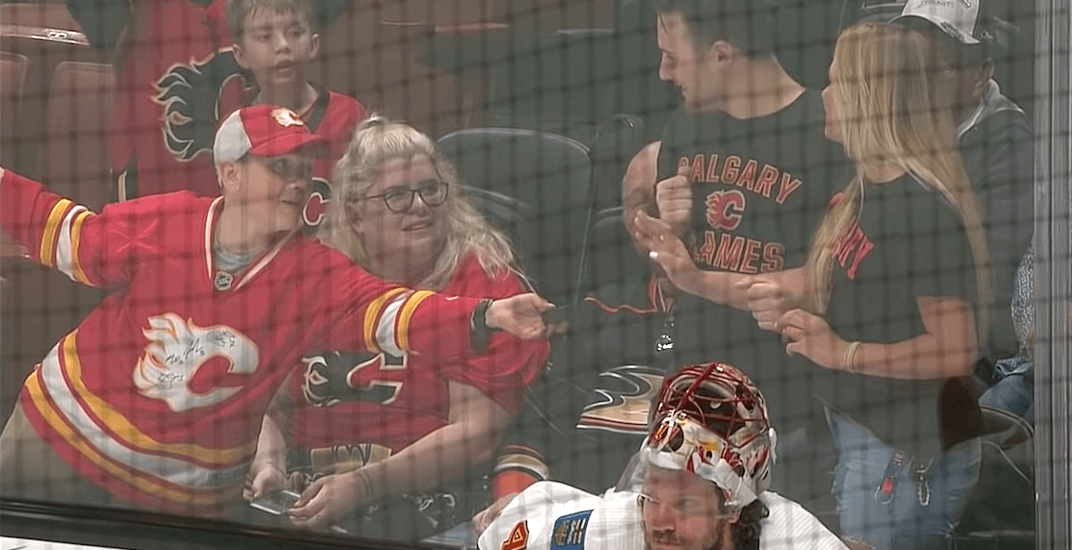 With a number of Calgary Flames fans on hand to watch their team in Anaheim on Wednesday night, goaltender Mike Smith decided to reward one of them with a puck.

Smith flipped a puck to a young boy decked out in Flames gear in the front row. This is not an uncommon occurrence at an NHL game, particularly with visiting players. It’s usually a sweet moment, with an excitable child getting a thrill thanks to his or her hockey hero.

But the scene in Anaheim was a little bit different.

The boy, who was clearly a diehard fan, offered the puck to a woman nearby wearing a Flames t-shirt.

Extending his arm to offer the puck, the woman didn’t appear to want to take it from the child. But he insisted. And insisted.

And then insisted some more.

Giving the boy a hug to say thanks, and she was brought to tears due to the boy’s kindness.