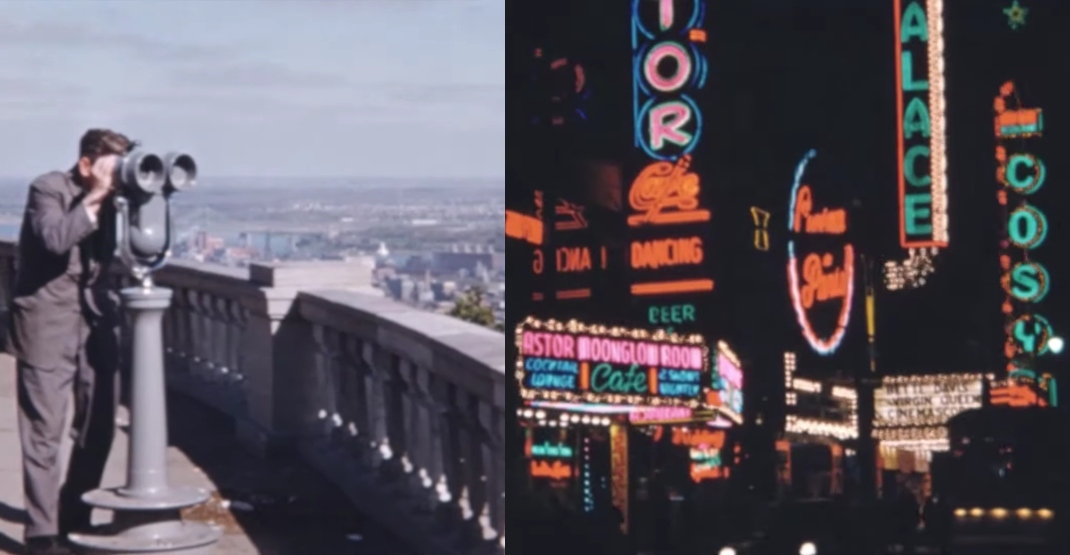 Montreal has always been a beautiful city, despite the long list of gripes and grumbles often mentioned by locals. And that lure is only amplified in glorious post-war colourized footage.

A newly rediscovered touristic short film exploring the city was recently uploaded to the historical YouTube Channel Propos Montréal. Taken from the collection of the Grande Bibliothèques nationale du Québec and directed by Herménégilde Lavoie and Richard Lavoie, the short montage from September 1955 features different views of the city of Montreal from the Mount Royal observatory to Saint Joseph’s Oratory.

Other highlights from the video include shots of students, office workers, and a visit from the Countess of Harewood, Princess Mary. One stark difference between now and then is that folks from all walks of life are seen wearing their Sunday best, even if they are just out for a leisurely stroll.

The mosaic of 1950s life ends with shots of the neon-lit nightlife on the famous (now unrecognizable) Sainte-Catherine Street.

Sure, it’s easy to glamourize the past, especially when we only focus on the nice parts, but there’s no denying the cinematic, picturesque appeal of the city once nicknamed “Paris of the North.”

Here’s to preserving and improving it.