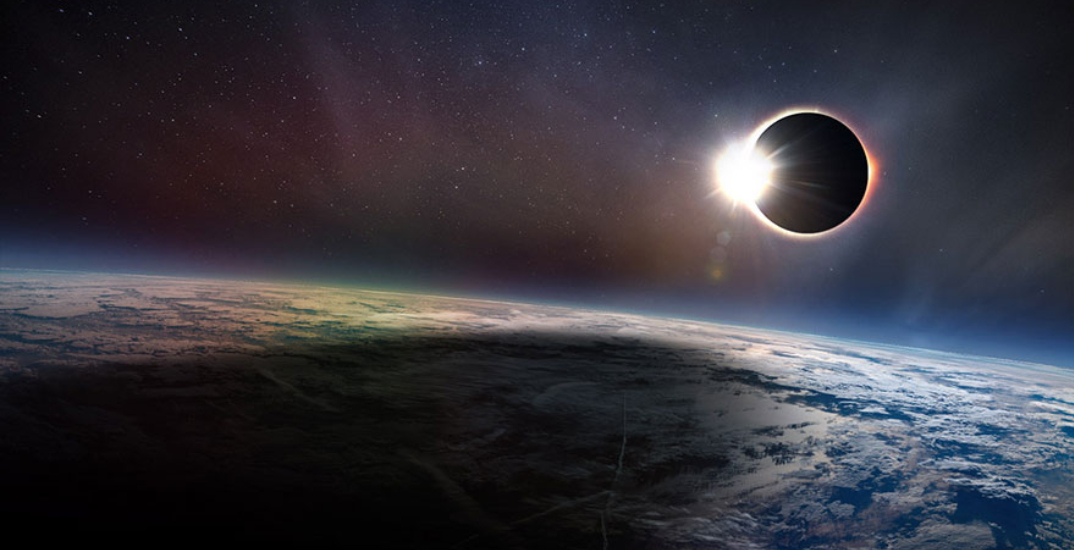 Early risers will be able to catch a rare solar eclipse on Thursday in both Montreal and Toronto.

The east coast’s two biggest cities will be able to catch a glimpse of the moon covering a significant portion of the sun of June 10, just before 6 am.

According to the Canadian Space Agency, an eclipse is a “wonder to behold.” The federal agency says that although eclipses occur more often than you might think, “there aren’t many opportunities to admire them.” There are only four to seven solar or lunar eclipses per year, but only people along the path of an eclipse can see it.

The space agency says Montrealers can spot the solar eclipse at 5:39 am ET, and Torontonians can catch it at 5:40 am ET.

The eclipse will be darkest in the country’s northern parts and will fizzle out to the west—sorry, BC and Alberta.

On Thursday, June 10, an annular #SolarEclipse will travel from Canada to Siberia via the North Pole. Find out at what time this eclipse will occur depending on your location. 👇 Yes! You’ll have to get up early 😉! pic.twitter.com/1cQXlo1qRR

The annual solar eclipse will stretch across Canada to Siberia via the North Pole.

The agency says eclipses occur when the light of a body outside Earth’s atmosphere (the Sun, Moon, planets, etc.) is temporarily blocked by another body. A solar eclipse occurs when the Moon comes between the Earth and the Sun, casting a shadow on Earth.

The Canadian Space Agency says it is “imperative to wear special glasses with filters designed for eclipse watching” during solar eclipses to prevent eye damage. Regular sunglasses will not protect your eyes sufficiently.

If you don’t have your trusty pair of eclipse glasses handy, the agency has highlighted easy ways to watch the eclipse, using an eclipse projector, which you can learn how to make right here.

If you miss out on tomorrow’s space watching, the next total solar eclipse will be visible in Canada on April 8, 2024, when the path of totality will cross Mexico, the United States, and eastern Canada.