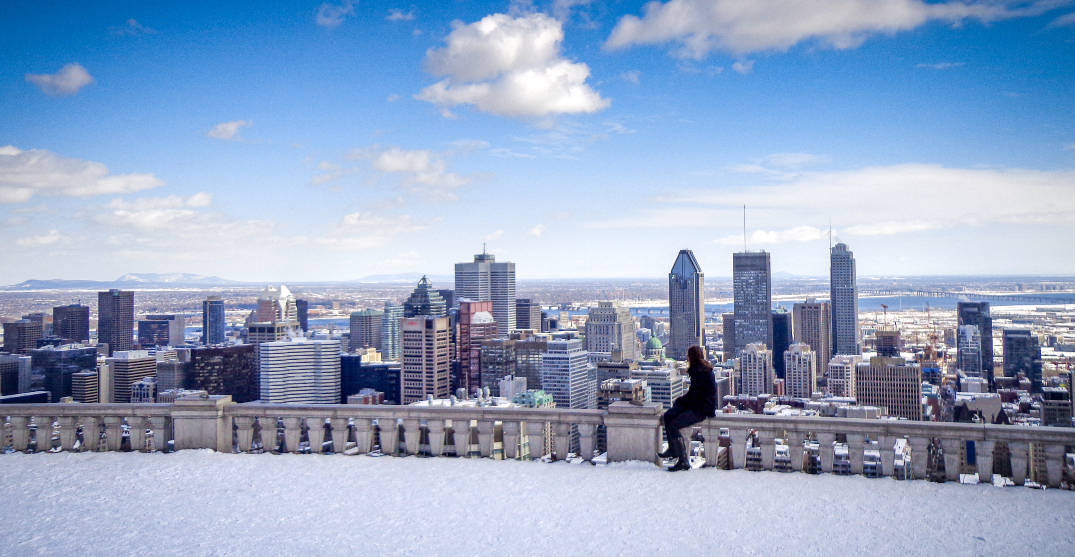 The bad news: it’s forecasted to snow in Montreal this week.

The good news: there won’t be enough snowfall to bust out your snowsuits.

According to The Weather Network’s weekly forecast, about 1 cm of snow is in the forecast for Montreal on Wednesday. Temperatures are expected to dip below 0ºC.

Thursday is slated to bring about 10 mm of rain with it, followed by milder temperatures to cap off the workweek.

So, a little bit of everything is in Montreal’s forecast this week.

Temperatures currently feel like -1ºC in Montreal and are expected to drop for consecutive days until Wednesday. On Tuesday night, the coldest temperatures of the week will see Montreal dip below freezing to -4ºC.

Wednesday’s snow day also has 10 mm of rainfall in the forecast, meaning the city’s first snowfall won’t persist for too long. 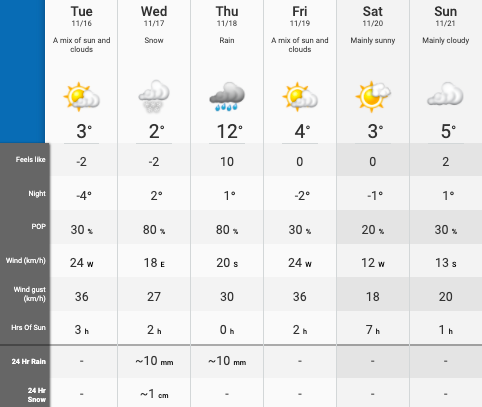 The weather is supposed to get milder in time for the weekend, with feels-like temperatures hovering around 0ºC on Friday and Saturday, before clouds roll in on Sunday.

During AccuWeather’s winter forecast from October, the weather agency predicted that Quebec could see “higher snowfall amounts” than usual this winter, coupled with “above average” temperatures in Montreal.