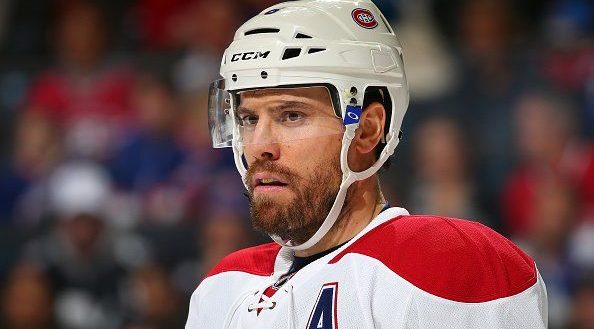 The odds were against Shea Weber right off the bat this season.

He was the most-hated player on the Montreal Canadiens before he even played a game. Fans were convinced that he wouldn’t be anywhere near as good as PK Subban was during his time as a Hab. Lots of people knocked his play, saying Roman Josi made him a better defenceman in Nashville.

And then he was named as the NHL’s third star of the month for October.

The season is just one-month-old, and there are already people discussing Weber’s place as a Norris trophy candidate. It’s a little early for that, but it’s hard to deny that he’s been one of the best, if not the best, defenceman in the league thus far.

In the age of advanced stats, many fans these days ignore the plus-minus statistic as a whole, but it’s worth noting his performance in Montreal’s monumental 10-0 loss to Columbus in early November. Weber played 25:21, the most of any player on the roster that night, and wasn’t on the ice for any of the ten goals again. That’s remarkable.

Even advanced stats experts can be impressed with his performance so far. Early in the season, Weber leads all Montreal defencemen in Corsi percentage with 50.2% in close games, meaning he’s been up to the challenge when Montreal is playing in a tight game.

While playing against Subban is a tough task, no matter who you are, going in one-on-one against Weber is asking for trouble. Whether it be his hulking size or general physical nature, Weber will punish you in more ways than one, and his presence has been a valuable asset for the team. If scoring on superstar goalie Carey Price seems tough, try doing it with a man-beast standing just in front.

Team Canada clearly thought he was one of the best players in the entire country when they chose him at the World Cup earlier this year. While he wasn’t their best defenceman, he got the job done and earned praise from some of the NHL’s biggest stars in the process.

And now, he’s getting the job done on a team that needed a surefire number one defenceman. Sure, Subban won a Norris Trophy a few years ago, but he still has some raw aspects of his game to iron out. Weber is still in the prime years of his career, while Subban is more of a longer-term option. Did Montreal think Weber’s presence was the best option to win alongside Price in the short-term?

Shea Weber has a nearly unstoppable cannon of a slap shot. pic.twitter.com/enc0eIrdPH

Quite possibly, and after a 11-1-1 record to start the year, they seem to be a championship contender. Montreal does struggle defensively, no question about it. They lost 10-0, after all. But Weber has done a splendid job taking over as the top guy on the team, especially with Andrei Markov getting older.

Weber has always been one of the best defenders in the NHL, and with Montreal being a defensive liability, he’s done a good job of really showcasing his talent when faced with extra scrutiny every single night.

That’s another thing. He doesn’t get a chance to relax.

This isn’t Nashville, this is one of the toughest markets to deal with. Distractions aplenty. It’s not easy, and with his status of being one of the best defenders, but still having to replace a fan-favourite, there hasn’t been this much pressure on a single player outside of Price in a long time.

Sure, this deal will likely backfire in a few years once Weber’s age and body catch up with him. But for now, Habs fans should embrace the star that is truly playing some of the best hockey of the multi-time NHL All-Star and Olympic champion’s career.