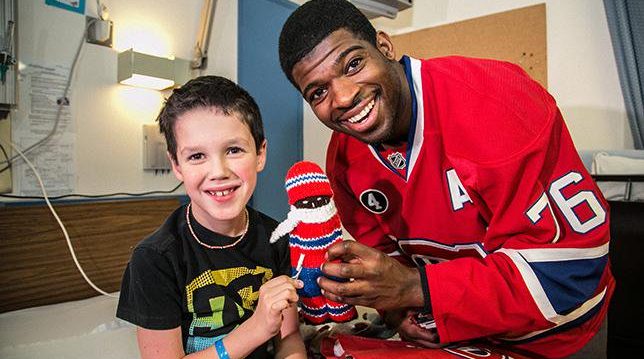 The PK Subban era in Montreal is officially over after he was shockingly traded to the Nashville Predators for Shea Weber. As Montreal Canadiens fans digest the news, let’s look back at some of his best moments with the team.

They’re not ranked, just some of his most memorable moments.

This was one of Subban’s best goals in the Canadiens uniform.

After the team killed off a penalty against the Colorado Avalanche, Subban was all alone coming out of the box. He (figuratively) breaks Tyson Barrie’s ankles and dekes goaltender Calvin Pickard to finish off the play.

Everyone knew Subban loved the city of Montreal. He donated $10 million to the Montreal Children’s Hospital, and the atrium was even named after him. It really showed where his heart was in the city, and despite the trade, I don’t think anyone will ever forget what he did.

Another goal straight out of the penalty box, this was a big goal in Game 3 of the 2014 NHL playoffs against the Boston Bruins.

Subban gets in alone against Bruins goaltender Tuukka Rask, and buries the puck in the net for a 2-0 lead.

The Canadiens would later go on to win the series, which brings us to our next moment.

This was one of his funnier moments showing Subban’s fun-loving nature. After beating the Bruins in an emotional seven-game series in 2014, Subban proceeds to kiss NBC broadcaster Pierre McGuire on the cheek.

Another one if his funny moments, Subban dressed up as the ageless wonder, Jaromir Jagr, at the 2016 NHL All-Star game in Nashville in the shootout competition. Classic.

This one is his first playoff goal with the team during their Cinderella run in the 2010 NHL playoffs, when the Canadiens beat two of the top seeded teams in the Eastern Conference, the Washington Capitals and the Pittsburgh Penguins.

Finally, another glimpse at PK’s infectious personality. He dressed up as Karl the security guard, then surprised a group of kids on the ice.

Subban has created many great memories for Canadiens fans throughout his time in the Montreal. Au revoir PK et bonne chance avec Nashville!