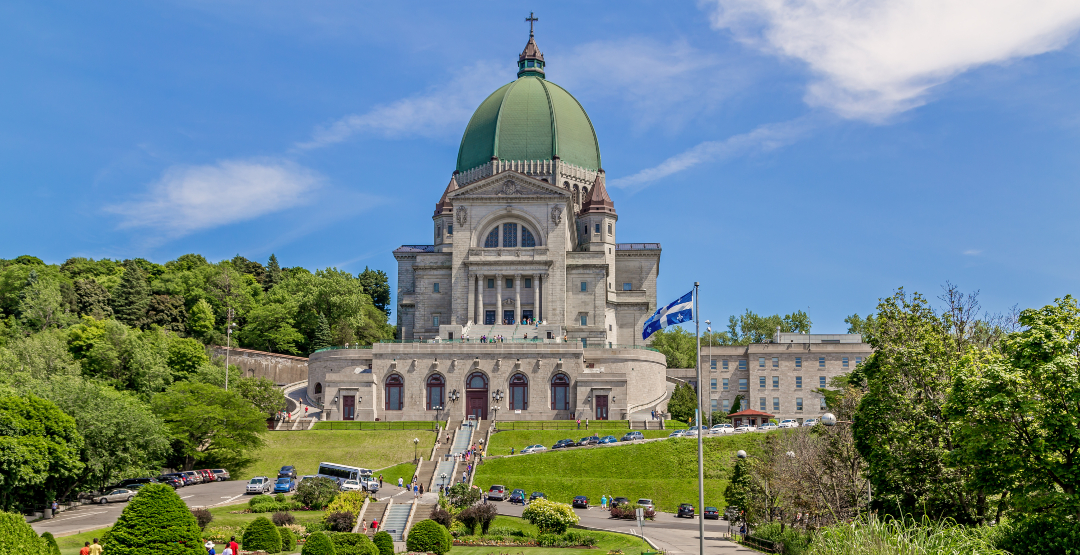 Saint Jospeh’s Oratory is on every visitor’s sightseeing list when they come to Montreal. And although so many attractions turn out to be tourist traps, the old Oratory really is the real deal — and worth the pilgrimage.

It’s no coincidence that it is one of the most popular sites in all of Canada.

Despite its beauty, Montrealers can often take the basilica for granted. So, in case, you needed a refresher on what this wondrous place of worship brings to our backyard, here are a few interesting facts about Saint Joseph’s Oratory that you may not have known.

It is the largest church in Canada

With over 73,463 square feet of area, Saint Joseph’s is the largest church in the country. It also ranks among the 50 largest on the planet.

It was founded in 1904, but completed much later

In 1904 Saint André Bessette founded the project in his patron saint’s honour. Due to its massive scale, the project took thousands of workers over six decades to complete. Construction concluded in 1967.

It is the highest building in Montreal

Montreal does not have many skyscrapers due to a law that prohibits the construction of buildings over the mountain’s height of 232.5 metres above sea level. The Oratory sits approximately 30 metres above the Mount Royal summit, making it the city’s highest building.

The church is currently under some major renovations

The building was made with sunsets in mind

During the summer solstice, the setting sun is perfectly aligned with the centerline of the steps that lead up to the basilica.   Every year around that time, people sit on the steps to experience the sunset. The main aisle inside the church, and even the cross on the altar, also align with the setting sun on the longest day of the year.

It attracts over 2 million visitors annually

Saint Joseph’s is the most visited building in the province of Quebec.

Its dome is the third-largest on earth

The Oratory has the largest dome of its type anywhere in the Americas, and the third-largest in the world. Its outer dome is 318 ft high.

Brother André’s heart is on display in the basilica

When Bessette died, a million people filed before his coffin. His heart remains on display in the oratory, preserved in an urn filled with a formalin solution.

The heart was stolen in March 1973, but was later recovered in December 1974.