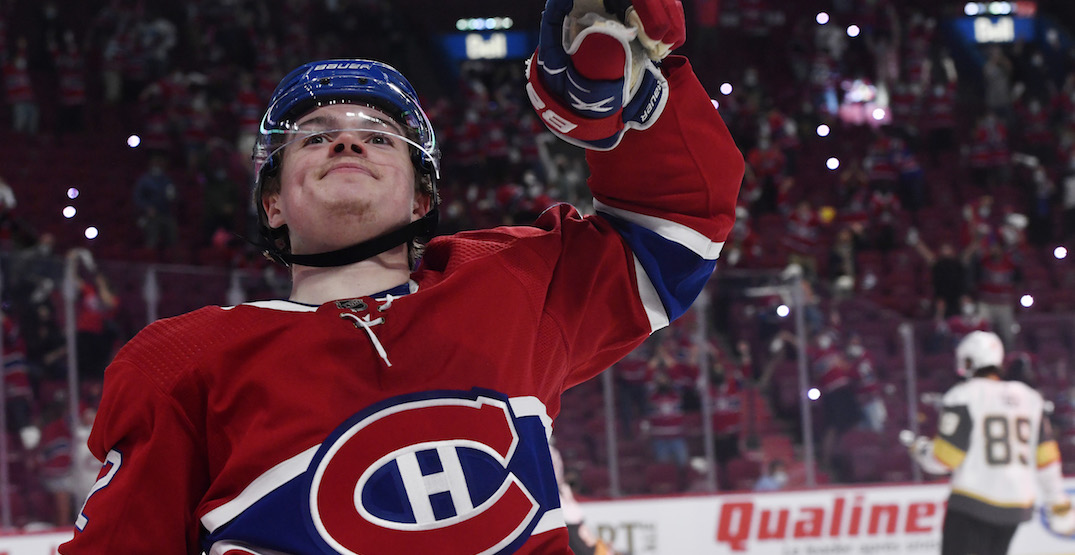 Picking a team coming off a trip to the Stanley Cup Final to make the playoffs doesn’t seem like it should be a bold prediction, but it sure feels that way this year.

After all, since the 2006-07 season, only three Stanley Cup finalists (the 2011-12 New Jersey Devils, 2013-14 Los Angeles Kings, and 2019-20 Dallas Stars) failed to qualify for the playoffs the next season. But a lot of people are now expecting the Montreal Canadiens to become the fourth as a turbulent offseason for the team has carried over into training camp.

The biggest story of camp, of course, has been Carey Price taking an indefinite leave from the team to enter the NHL/NHLPA Player Assistance Program. Newly-signed winger Mike Hoffman, as well as defencemen Joel Edmundson and Sami Niku, are also going to miss the start of the season with injuries.

Meanwhile, speculation continues to swirl about the future of GM Marc Bergevin with the team, as he enters the final year of his contract.

So Bergevin not signed to an extension before the season begins. His deal expires June 30. Still time to address it after the season but not a positive sign as far as him staying in place past this season. But we'll see. https://t.co/ipeSOA3kZN

Being widely predicted to miss the playoffs and having a general manager whose future with the team beyond this season is in doubt isn’t typically the sort of spot a team coming off a run to the Stanley Cup Final finds itself in. That is, however, the position the Canadiens are in as the puck gets set to drop on the 2021-22 season.

But after winning three straight playoff series in which they were heavy underdogs last season, you can understand if the Habs aren’t too concerned with what the external expectations are for them this year.

#Habs Ben Chiarot on ignoring the outside noise: "I mean, every series we went into in the playoffs, we were going to get swept according to all the experts so I don't think we care about the outside perception of our team"

Inside the Canadiens dressing room, the expectation is to return to the postseason. And regardless of what you’ve read about this team, they’re capable of doing so. Today we’re going to give you five reasons why.

1. Their early schedule is soft

With the players Montreal is going to be without to start the season, the early part of it may be about weathering the storm and not falling too far back of the pack in the playoff race.

The good news is their schedule makes that a more realistic proposition. The Habs will play 12 of their first 16 games this season against teams that missed the playoffs last year (or are an expansion team, in the case of their October 26 match-up at the Seattle Kraken).

That early slate also includes three games against the rebuilding Detroit Red Wings, two against Phillip Danault and the LA Kings, two against the San Jose Sharks, and one each against other non-playoff teams in the New York Rangers, Calgary Flames, Anaheim Ducks, and Buffalo Sabres.

The four playoff teams they will face in that span are the Toronto Maple Leafs, Carolina Hurricanes, Vegas Golden Knights, and New York Islanders — two of those teams the Canadiens knocked out of the postseason last year. That schedule provides Montreal with a good opportunity to play .500 or better hockey into mid-November, at which point their injured players should be back.

Who knows? If things are going well, perhaps Price will even be close to a return at that point. The Canadiens are going to allow him all the time he needs and there is no firm timeline for his return to the team, though Bergevin has said he expects Price to play at some point this season.

There was a chance Price was going to miss some time to begin this season anyway due to offseason knee surgery, which is part of why the Canadiens felt it was important enough to protect Allen in the expansion draft that they instead left Price available to the Kraken.

Playing in front of Allen is something the Habs got quite used to last year. With Price missing the final month of the regular season last year with a concussion, Allen actually ended up with more playing time on the year, making 27 starts to Price’s 25.

In fact, while Price’s playoff run helped restore his reputation as an elite goaltender, Allen actually slightly outperformed him in the regular season. He had a .907 save percentage to Price’s .901. A .907 save percentage may not sound like anything to write home about either, but Allen’s numbers dipped a bit toward the end of the year due to overuse with Price out. With Price injured and Montreal trying to secure its playoff spot, Allen played 17 of the team’s final 21 games in the regular season.

It’s easy to forget now, but there were some people genuinely suggesting the Canadiens should roll with Allen in net for the playoffs. Those takes didn’t age well, but Montreal’s decision to protect Allen does look prescient now. His play is going to go a long way in determining whether or not the Habs have a shot at the playoffs.

3. A full season of Cole Caufield

No Canadiens rookie has won the Calder Trophy since Ken Dryden way back in the 1971-72 season, but Cole Caufield looks like he has a chance to change that this season.

Caufield scored four goals in 10 regular season games after joining the Habs following the conclusion of his sophomore season at the University of Wisconsin. He then added 12 points in 20 playoff games, a run that included an especially impressive third-round series against Vegas in which he scored four goals in six games.

Even those who don’t think much of the Canadiens’ chances this year are excited to see what Caufield’s going to do in his first full NHL season. You can count his former World Juniors and U.S. National Team Development Program teammate, Ducks forward Trevor Zegras, among them.

It’s a bold prediction by Zegras, but if it comes even close to being right, it will help Montreal’s chances immensely.

With Danault gone, Nick Suzuki is now the unquestioned No. 1 centre on Montreal. He’s even got a fat new contract to go with his new role.

That was before he led the team in playoff scoring during their run to the final with 16 points (7-9-16) in 22 games.

His play hasn’t just won over the Habs. It’s also gotten the attention of some of the league’s stars.

In which Drew Doughty says Nick Suzuki is the one player he’s most looking forward to playing against. “This guy’s a player.”
Great podcast: https://t.co/agkl9KbO3t

He is, indeed, a player. A very good one, in fact. This contract shows the Canadiens believe the 22-year-old still has even more room to grow. They need Suzuki to take the next step toward becoming an elite player in the NHL this year.

Special teams are actually an area that has held Montreal back in recent years, but one of the big reasons for the team’s postseason success last year was how dominant the penalty kill became. The Habs killed off 91.8% of penalties and set an NHL playoff record by going 11 straight games without allowing a power-play goal.

The power play was less helpful. After a regular season in which it ranked tied for 17th with a 19.2% success rate, it was pretty much equally as ineffective in the playoffs, scoring on just 18.9% of opportunities.

The Canadiens are going to have a new look on the power play this year, though. In fact, some of the players they signed, such as Hoffman and Chris Wideman, seem to have been brought in specifically to help address the power play.

While playing with the Florida Panthers in 2018-19, Hoffman finished fourth in the NHL with 17 power-play goals. He scored seven in just 52 games for the St. Louis Blues last year, also adding 10 assists with the man-advantage.

A knee injury is going to keep Hoffman out for the start of the season, but he did resume skating last week, a sign that he may not be kept out for too long. When he’s ready, he looks primed to provide a big boost to a power-play unit that could use it.