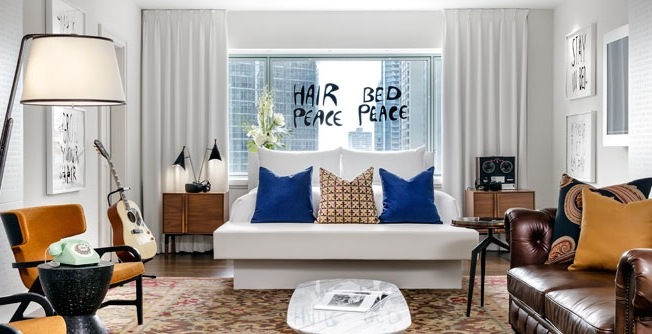 Sunday marks the 50th anniversary of the famous event that has transformed the hotel’s suite into a legendary site.

Half a century later, the hotel invites guests to relive the unforgettable milestone during which the famous couple composed and recorded the Peacy Hymn, “Give Peace a Chance” without ever leaving their bed.

At the time, the newlyweds wanted to demonstrate against the war in Vietnam and to raise awareness about world peace. 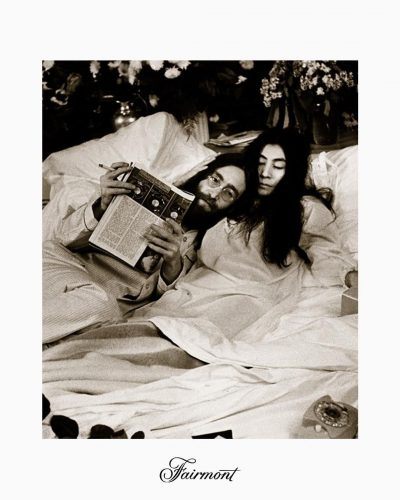 As part of the commemorative event, the Queen Elizabeth is hosting six events, honouring the 50th anniversary, starting this weekend.

From May 25 to October 9, the hotel’s lobby will transform into a showroom that showcases photos and guest testimonials pulled from the book, “Give Peace a Chance: John and Yoko’s Bed-in for Peace” by Joan Athey and photographer Gerry Deiter.

On May 25 from 11 am to 4 pm,  guests are invited to wonder upon the new artwork decorating the most famous door of the hotel, suite 1742, as well as the room it hides behind.

A donation of $19.69 to Amnistie Internationale Canada Francophone is required to confirm a booking.

On May 25 starting at 10 pm, Nacarat Bar invites guests to put on their best hippie outfits and dance to the beats of DJ Jojo Flores. Part of the proceeds will be donated to Amnistie Internationale Canada Francophone.

From May 26 to June 2, Cité Mémoire’s Bed-In projection will be shown twice per hour in the hotel’s lobby.

The projection will be accompanied by a soundtrack created by Victor Pilon and Michel Marc Bouchard, which pays tribute to the bed-in for peace.

On May 30 at 7 pm, a tribute to the 50th anniversary will be shown at the Espace C2 on the top floor of the hotel.

Guests wishing to have their own Bed-In experience can book the hotel’s 50th Anniversary Peace Package which includes accommodation in Suite 1742, breakfast, two white pajamas, calligraphed lyrics of “Give Peace a Chance,” a booklet of photos, white flowers, a collectors piece, a welcome gift, and a $100 donation to Amnistie Internationale Canada Francophone.