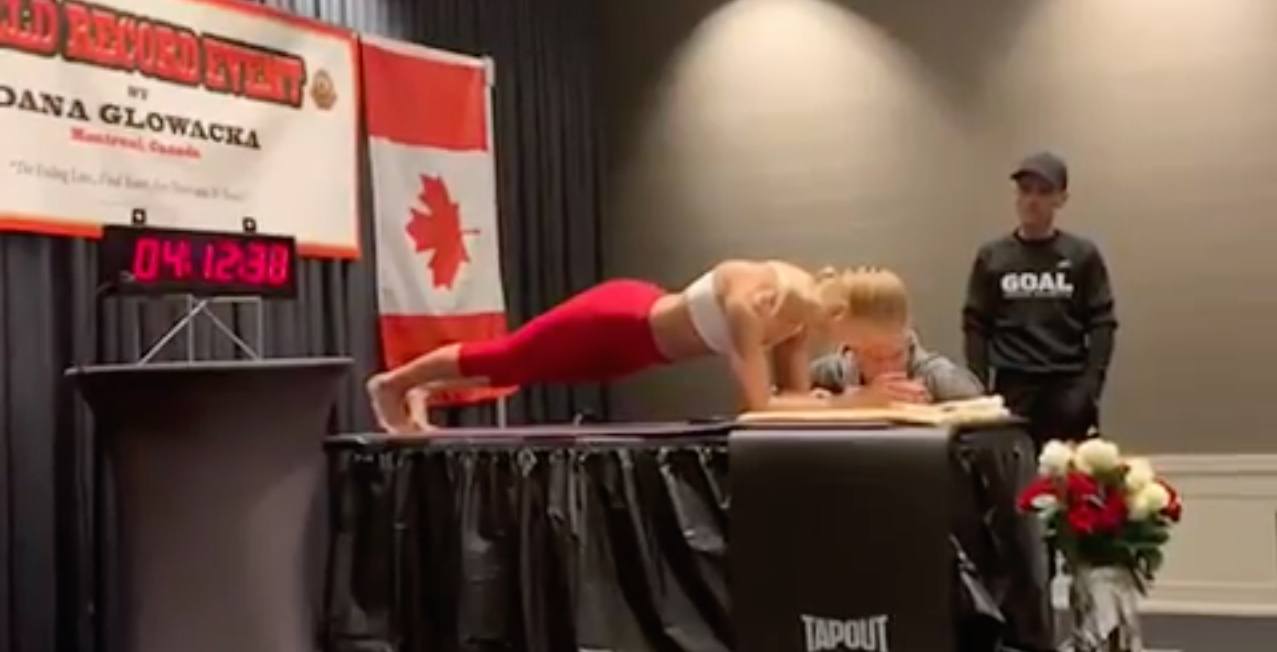 If you’re looking for a little bit of inspiration for that summertime beach bod, look no further than Dana Glowacka and her steel-like abs.

The Montrealer has cemented herself as the women’s world-record-holder for holding the plank pose.

On May 18 at the 1st International Plank Training Conference in Illinois, with Guinness World Records officials on hand, Glowacka was on elbows as she shattered the women’s world plank record by holding the pose for four hours and 20 minutes.

Should Glowacka set her sights on the overall record, she’d have to out-plank China’s Mao Weidong who holds the number one worldwide spot after planking for eight hours and one minute in May of 2016.

Anyone else sore just thinking about it?

Glowacka says her pursuit of the Guinness World Record started when her son received a GWR book in 2014 and said: “Mom, you can do this!”

“I’m gonna make my son proud, sending a message to the world that everything is in the mindset and practice, practice, practice,” reads her bio. “Just do it, do it right, train for it, and believe in yourself… for a stronger, healthier, and happier life.”

More details about the record-breaking feat can be found at the Guinness World Records website.