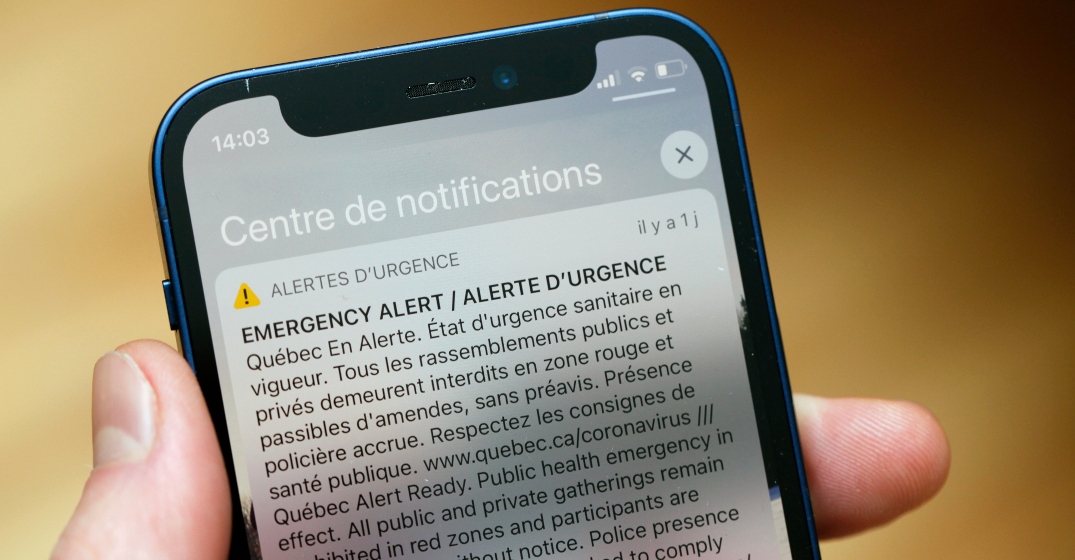 As part of a nationwide test, Quebec’s public emergency alert system will be initiated throughout the province today.

The biannual testing of the “Alert Ready” system will take place throughout the province at 1:55 pm ET. The notification will be sent to cellphones, television networks, and radio stations.

Quebecers will receive one test message from their provincial emergency management organization.

The testing sound will simulate an emergency alert, beginning with the alert tone, known as the Canadian Alert Attention Signal. The message will indicate that it is a test and does not require action from the public.

On November 17, we’re running a system-wide test to ensure our readiness in case of an emergency. You’ll hear this tone on wireless devices, TV, and radio if you are in a participating province in Canada 🚨 https://t.co/oNgGQbTxoj. #AlertReadyTest pic.twitter.com/egtLHPPkBJ

Tests are conducted twice a year, during Emergency Preparedness Week in the first week of November and in early May.

“Conducting regular tests allows us to better educate Canadians about the Alert Ready system and it provides an opportunity to validate that the system is working end to end,” says Martin Bélanger, director of Public Alerting at Pelmorex Corp., operator of the technical infrastructure of Alert Ready known as the National Alert Aggregation and Dissemination System.