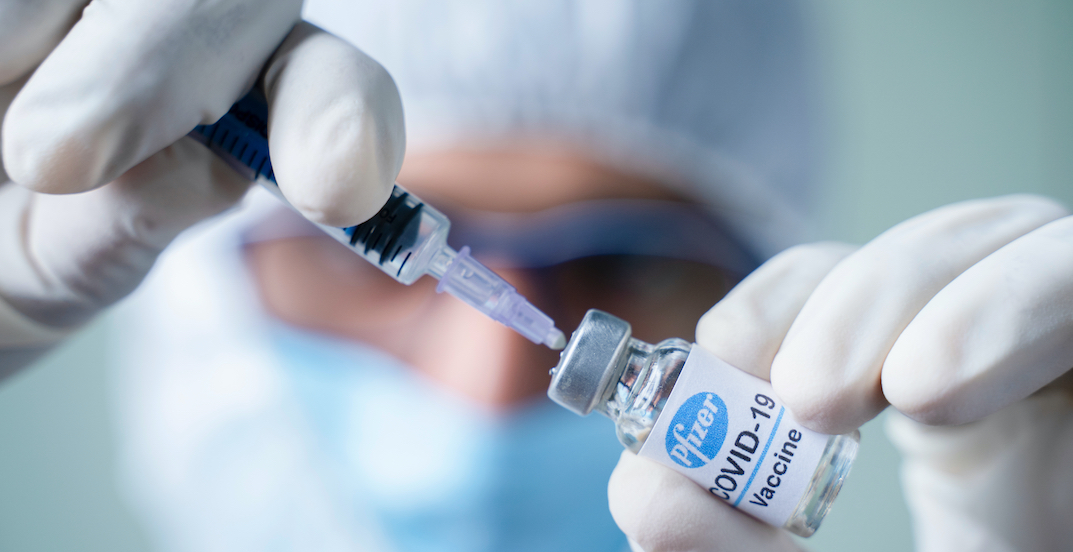 Quebec says it will be prolonging the second dose of COVID-19 vaccines across the province in an effort to spread out the province’s supply to more citizens.

On Thursday, Health Minister Christian Dubé said the second dose of the vaccine would come between 42 and 90 days of the first shot.

Quebec’s maximum 90-day delay is considerably longer than what’s been recommended. Pfizer says its second dose should be administered 21 days after the first, Moderna says its vaccine works best after a 28-day wait, and federal public health officials recommend up to 42 days in between shots.

Dubé said, “this is the best strategy because we have so few vaccines.” and that Quebec health officials have spoken to Pfizer, the big pharma company. Despite Pfizer’s recommendations, Dubé says, “we’ve informed them as to why we’ve had to make these decisions.”

Dr. Richard Massé, a public health specialist, says putting off the second doses by a maximum of 90 days will allow 500,000 more vulnerable citizens (mostly over the age of 70) to get the vaccine between now and March.

Massé says not everyone will have to wait 90 days but confirmed that “we will be giving a second dose to everyone.”

Dubé says roughly 65% of residents at long-term care homes across the province have been given the first doses of the vaccine. He says residents at private care homes will begin vaccinations as of January 25.

Dubé says over 115,000 Quebecers have now been vaccinated, and the province is awaiting 250,000 more vaccine vials by mid-February.