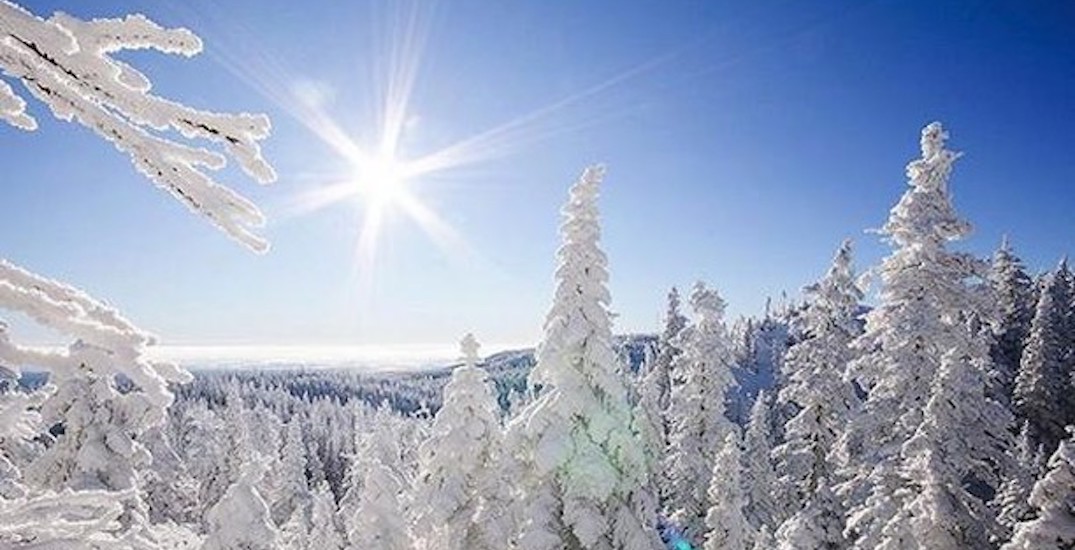 After last weekend’s snowfall, milder temperatures took over Montreal this past week but some parts of Quebec are due for another blitz of snow.

According to The Weather Network, some areas along the St. Lawrence River could see 10 to 20 cm of snow through Monday morning, along with rain and a risk for ice pellets.

Mother Nature’s “messy system” will start to impact southern areas of Quebec on Saturday afternoon, as per the weather agency, and will continue throughout Sunday.

Because temperatures in those areas will hover near the freezing mark, precipitation could fall as snow and/or rain and switch to ice pellets on Saturday, into the early hours of Sunday morning.

This weekend’s colder temperatures are expected to taper off by Monday morning as the next workweek is expected to start off at an even 0ºC. 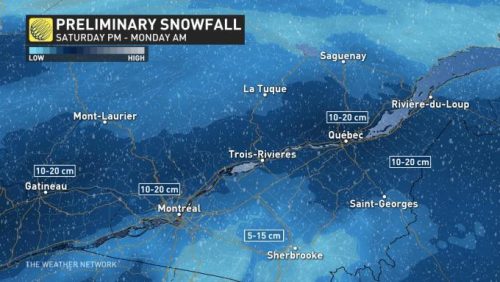 “Montreal is just barely over 50% of its average January snowfall, so this will bring the city closer to average with only a week left of the month,” says Weather Network meteorologist Kelly Sonnenburg.