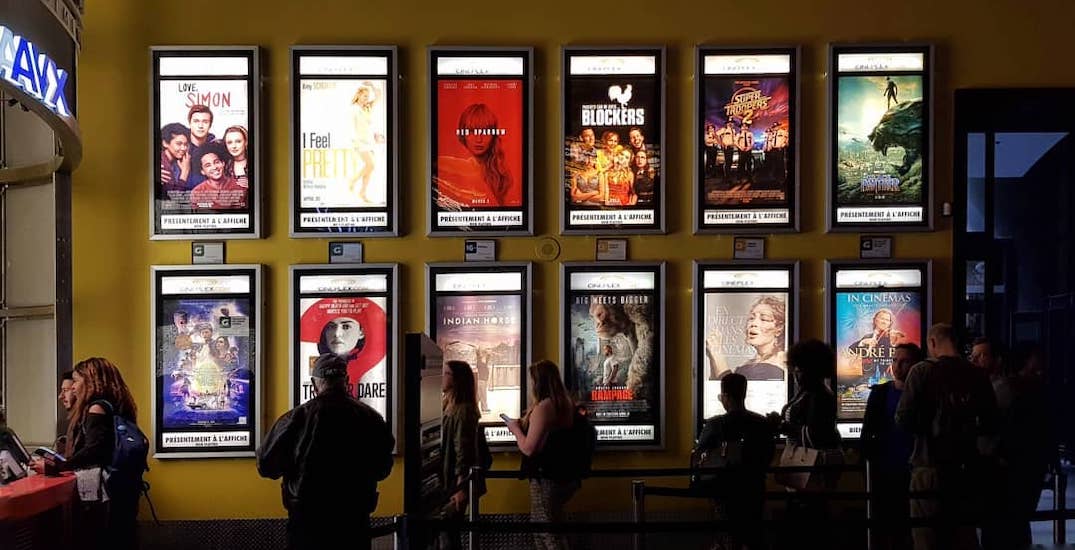 Movie cinemas, indoor sports facilities, and pools will be reopening across Quebec red zones next week, in time for March break.

On Tuesday, Quebec Premier François Legault announced the easing of certain restrictions across the province, stating that the rest of the province’s red zone restrictions will remain in place.

Except for the Outaouais region, which will be downgraded to an orange zone.

Cinemas, sports arenas, and indoor pools will reopen on Friday, February 26, to allow parents to “enjoy activities with their children,” said Legault.

The premier stated that restaurant dining rooms, bars, and gyms would remain closed, and the 8 pm curfew will remain in place. “There are still some significant risks,” said Legault in French, “the pandemic is not yet over.”

Legault said theatres and music venues are not part of the reopening, citing that cinemas and arenas can reopen “quickly” with “little preparation needed.”

Legault says children need activities, and parents need opportunities to be with their kids during the break, citing that the COVID-19 pandemic has been stressful on families.

He stressed that people must respect the rest of the government’s COVID-19 protocols and public health guidelines.

Just because cinemas and sports facilities will be permitted to reopen, doesn’t necessarily mean they all will. Cinéma Banque Scotia Montréal, for example, remains “temporarily closed” as of Wednesday morning.

People will not be able to gather in groups of more than eight outdoors. It was also stressed that indoor gatherings are still “strictly prohibited” as Legault warned that police will still be issuing tickets to non-compliers.

Legault also said Quebecers are not allowed to rent cottages with other family bubbles.

Additionally, Legault stated stage theatres and music venues are not opening. He said cinemas could be operated safely with people sitting two metres apart, and they can be reopened quickly with little preparation.

There won’t be roadblocks to deter people from travelling inter-regionally as police will be focusing on making sure there are no gatherings in private homes or people breaking curfew.

Legault said Quebec has “a few difficult weeks” ahead and hopes the province can have a “beautiful spring” but insists we have to remain diligent.