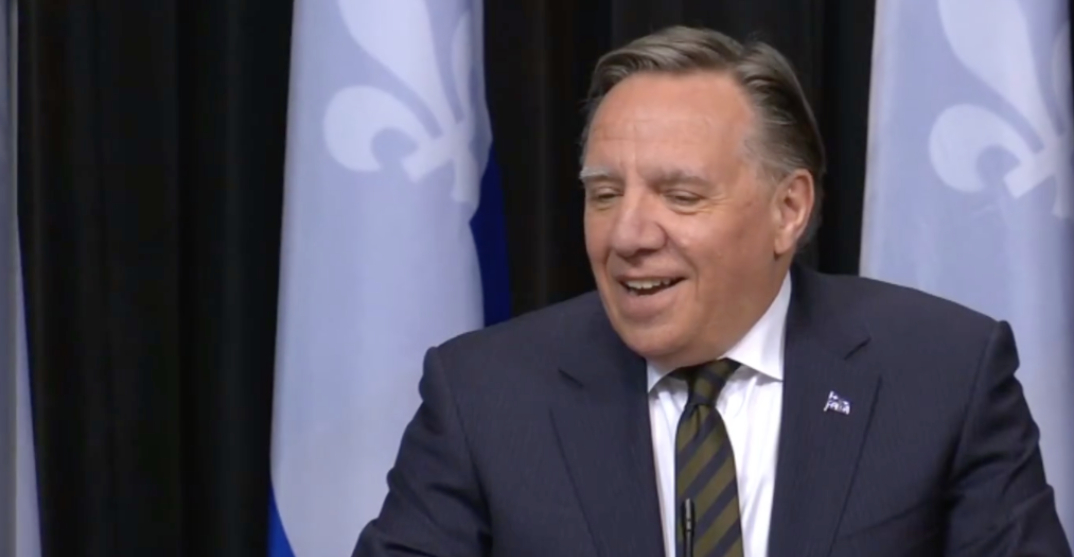 No parts of Quebec will be under the government’s Red Zone COVID-19 colour-coded restrictions as of next week.

During a Tuesday afternoon press conference, Premier François Legault said that “things are going really well” in Quebec and highlighted that everyone is in a good mood in the province, particularly after the Montreal Canadiens Game 7 win on Monday.

Legault said the case numbers, death count, hospitalizations, and vaccination rollout are all “very encouraging” and said he was happy to announce the next steps towards the province’s end-of-lockdown plan.

As he stumbled on his words, Legault said in French, “I can’t even speak properly, I’m too excited to announce this.”

Legault made a joke that the Director of Public Health, Dr. Horacio Arruda, should even start planning guidelines for a Stanley Cup parade.

During his announcement, he said as of Monday, June 7, all of Quebec — even Montreal and Laval — will be reduced to Orange Zones.

In Orange Zones, students in secondary 3, 4, and 5 can return to school in person, restaurants can open for clients indoors (not exclusively terraces), and gyms can reopen.

Legault said the Saguenay–Lac-Saint-Jean region, Mauricie, and the Centre du Quebec will be downgraded to Yellow Zone as of June 7, meaning bars can reopen, team sports can be played, and people from two different addresses can visit other people’s homes indoors.

Abitibi-Témiscamingue and Côte-Nord in Quebec will be downgraded to Green Zones, meaning everything can function as normal, with physical distancing and face mask mandates in place.

Legault said Quebec has among the most efficient vaccine rollouts in the world, saying the province is “vaccinating the most people and most quickly.”

He says the faster Quebecers get their second dose, the faster we can get back to normal.

On Thursday, Health Minister Christian Dubé will outline the province’s second coronavirus dose calendar, citing that people in Quebec will be able to get their second dose “sooner than predicted.”