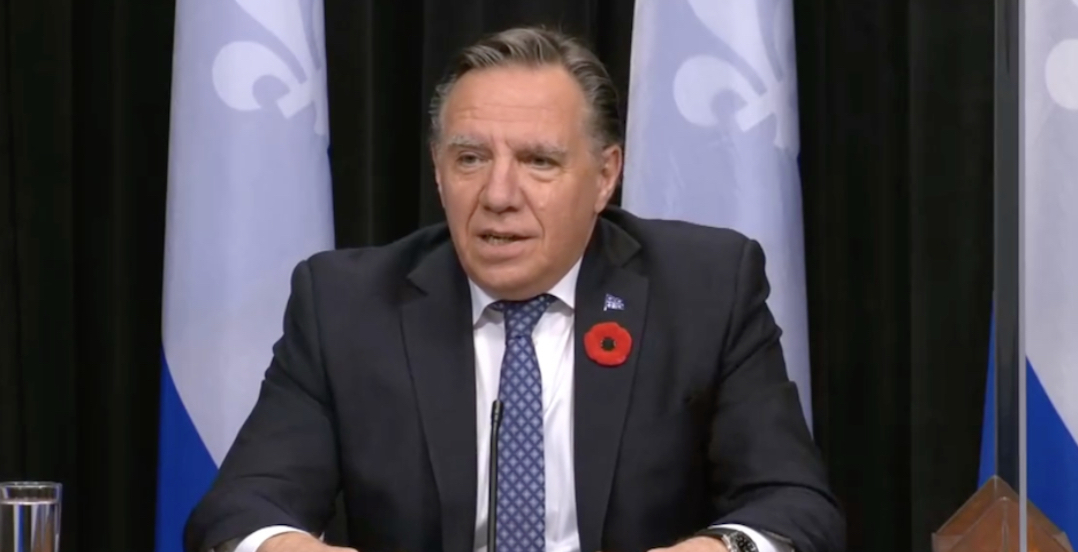 Quebec Premier François Legault says the government will maintain restrictions in red zone areas throughout the province for “at least two more weeks.”

In October, the government extended red zone restrictions tentatively to November 23 and cited the possibility of extended or easing COVID-19 rules based on transmission numbers. At a press conference from La Prairie on Tuesday, Legault said the measures will stay in place.

“The more we all work on this until December, the easier it will be to alleviate things and relax measures a little bit,” he said. “Two weeks ago, we told you we’d reevaluate our restrictions, but our numbers show us that we must be even more careful going forward.”

Legault said five regions in the province are seeing too much of an uptick of virus cases and deaths, citing Saguenay, Lanaudière, Mauricie, Quebec City, and Gaspésie as hotspots.

The premier says the numbers of cases were stabilizing but “we’re seeing too much of an increase in recent days to ease measures.”

Legault says adhering to public health guidelines will help increase Quebecers’ chances of seeing family and friends at Christmas. He said he hopes that small gatherings will be allowed but said large holiday parties will not be permitted.

“Yesterday we heard important news that gives us hope,” continued Legault, referencing Pfizer’s possible vaccine with a 90% efficiency. “It will still take months before we can vaccine a good part of the population, so we must remain diligent.”

Legault says he understands it’s “difficult for a lot of people” but says the government’s measures are “necessary to save lives, keep kids in school, workers at work, and save our healthcare system.”

He concluded that Quebecers must maintain a balance between saving lives and the quality of life.