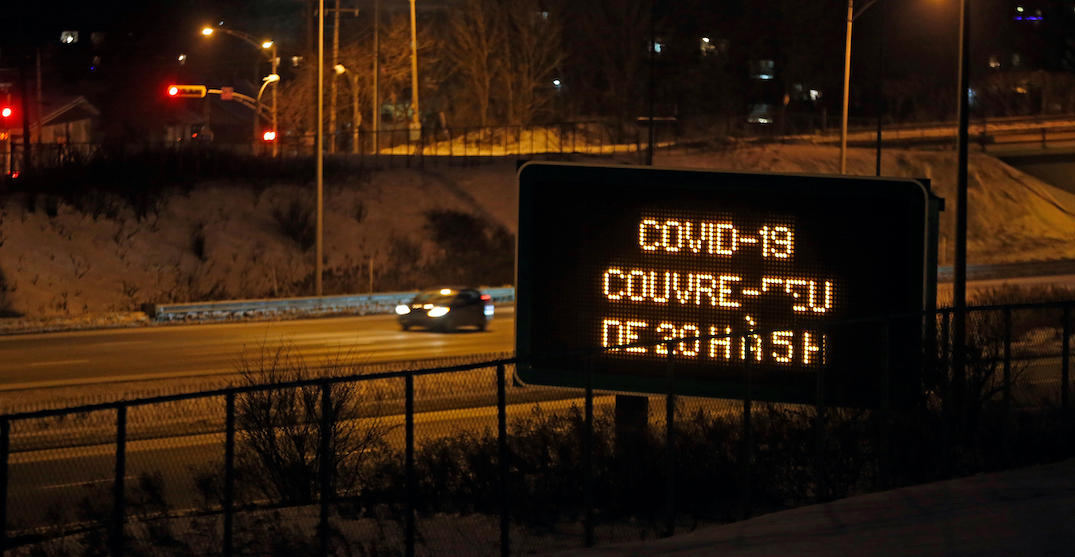 After reporting more than 14,000 new COVID-19 cases in a day, Quebec is reinstating the nightly curfew across the province.

On Thursday evening, Premier François Legault and Health Minister Christian Dubé announced that the curfew would be put back into effect. Restaurant dining rooms are also forced to close and will only be allowed to function as takeout only.

Last January, Legault imposed a nightly curfew on Quebecers, becoming the first province in Canada to do so. Throughout the pandemic, Quebec was the only place in North America to enforce a nightly curfew in an attempt to curb the spread of COVID-19.

The curfew will go into effect as of Friday (New Year’s Eve) and will be in effect nightly from 10 pm to 5 am. According to Legault, the curfew will last “three weeks.”

Last January, Legault said the initial curfew would last for four weeks but it was lifted on May 28, more than five months after it was enforced.

Legault says people who do not have fines from their employers could face fines of up to $1,000.

Other measures include delaying the return to class until January 17 and further restricting gatherings.

Private gatherings will be reduced to zero, meaning only people in their family bubbles are allowed to gather privately indoors.

On Thursday, Quebec public health announced hospitalizations in the province increased by 135 over the past 24 hours, bringing the total to 939. Of those patients, 138 are in intensive care.

Over the past day, Quebec has announced 14,188 new COVID-19 cases, the province’s highest daily increase ever.