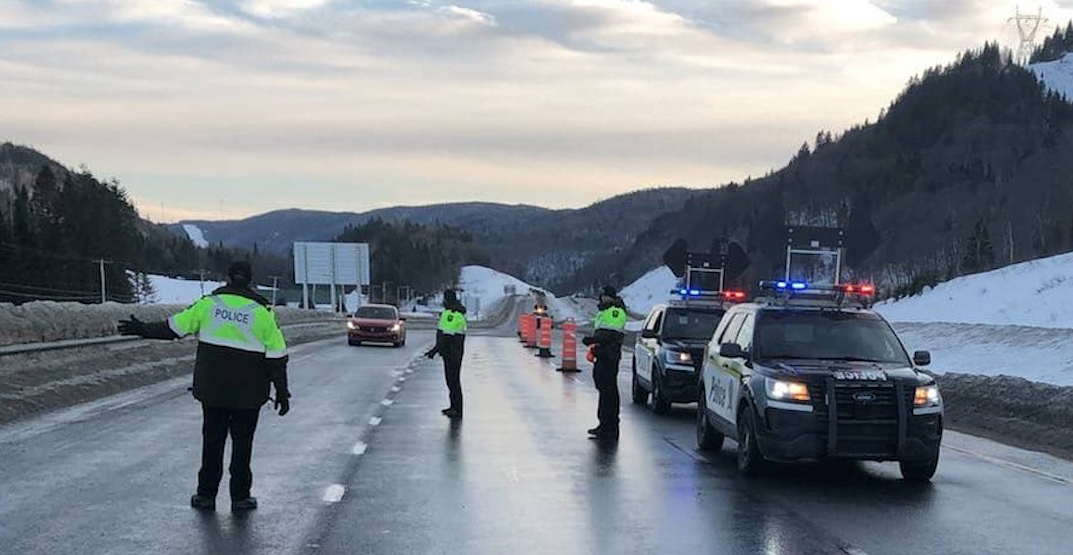 The Sûreté du Québec will be restricting access to certain regions throughout the province in an effort to limit the spread of COVID-19.

Quebecers are being asked to limit travel from one region to another unless absolutely essential. Necessary travel includes trips for medical reasons and for work when remote options/teleworking is not possible.

The government said the movement will be controlled by local police and the Sûreté du Québec.

As part of his daily briefings today, Quebec Premier François Legault stressed that “people in the north, don’t go down south and Quebecers from the south, don’t go up north.”

“To this end, to protect certain regions that are more vulnerable, checkpoints will be set up on main roads,” reads the government’s website. Roads and highways leading to the following regions and territories will have roadside blocks:

Police officers at the checkpoints will limit travel into and out of the regions and only authorize essential travel.

Legault stressed the importance of remaining in your area and told all non-Montreal regions not to travel to the city.

The Montérégie region has the second-most cases in Quebec at 422, followed by Estrie at 379. 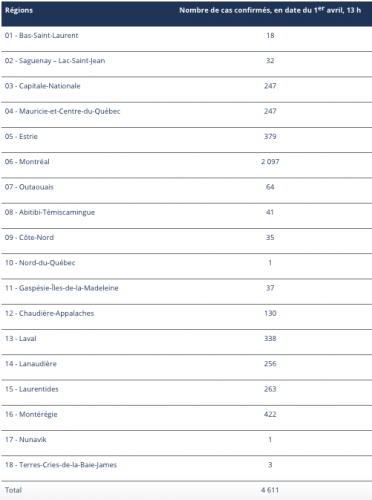 According to Santé Quebec, “the significant increase in confirmed cases is explained by the fact that since March 22, 2020, cases tested positive by hospital laboratories are now considered confirmed. They no longer need validation by the Laboratoire de santé publique du Québec (LSPQ).”