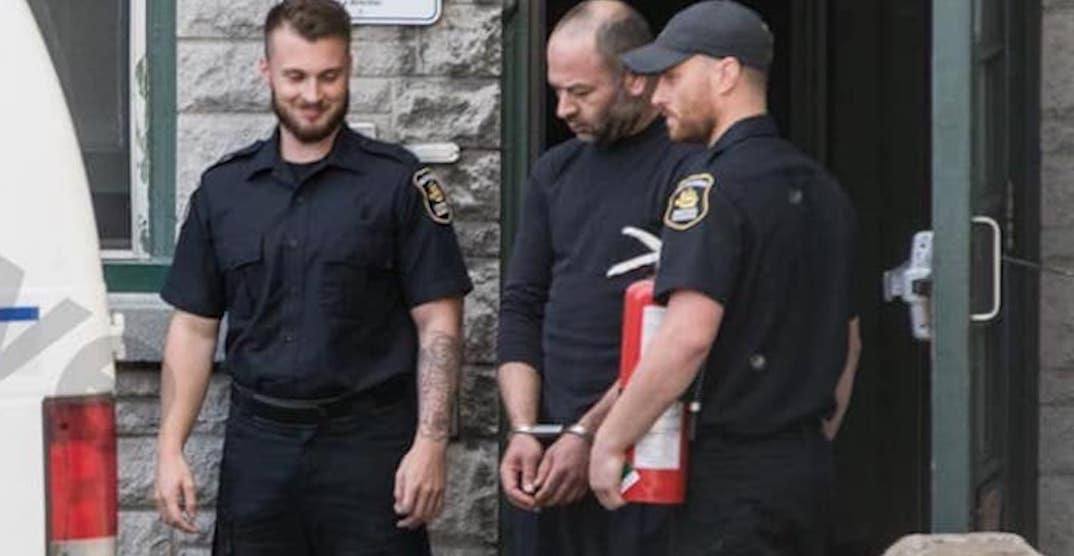 The Quebec City Police Department (SPVQ) is launching an internal investigation after images showing two police officers allegedly escorting a suspect with a fire extinguisher has been circulating online.

The photo has drawn criticism as the man allegedly set his ex-wife on fire. In the photo, one police officer is seen holding a fire extinguisher and the other can be seen smirking.

The suspect, Frej Haj-Messaoud, has been charged with attempted murder and aggravated assault.

Online observers have been criticizing the photo as a tasteless joke and the SPVQ says “the situation is being taken very seriously,” in a French news release. 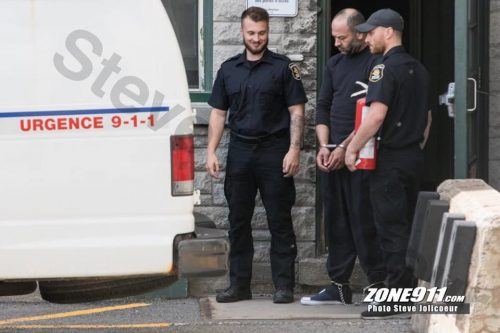 The 39-year-old Haj-Messaoud was arrested in Drummondville on Saturday by Quebec police after an alleged attack on his 27-year-old ex-wife that left her with serious burns over half of her body.

She was rushed to hospital where she remains in “critical condition,” according to police.

“Although the photo may suggest that it is a bad joke on the part of the police, it would be premature to draw any immediate conclusions without having taken the time to investigate the circumstances regarding this event,” says the SPVQ’s statement.

The police concluded by saying “the thoughts of the SPVQ are with the victim and her relatives at this time.”