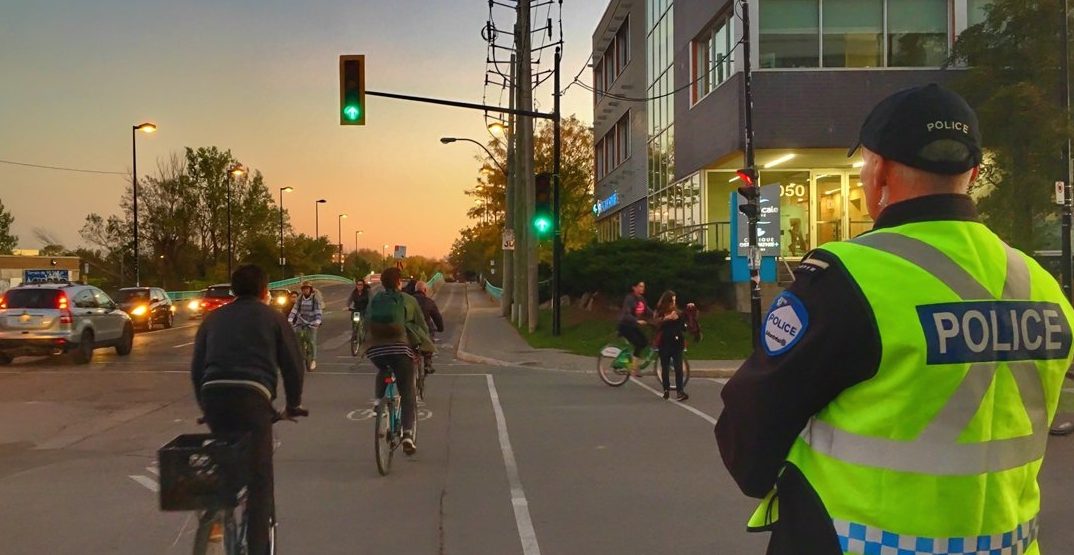 Another statistic can be added to the neighbourly feud between Montreal and Toronto but unfortunately, we’re biking away with this one.

Stats from both Montreal and Toronto police have shown an absurd difference in the amount of ticketed cyclists from 2018.

The SPVM dished out 12,285 tickets to cyclists last year compared to only 292 in Toronto.

That means Montreal cyclists were ticketed a whopping 42 time more than bikers in our neighbouring province’s biggest city.

As per the SPVM, cyclist infractions have been growing steadily in the past five years, topping out at 12,285 in 2018.

Compared to the country’s other largest cities, Montreal is still atop the list.

The total cycling tickets handed out in Calgary, Vancouver, Toronto, Ottawa, Winnipeg, and Edmonton in 2018 were still eight times less than that of Montreal alone.