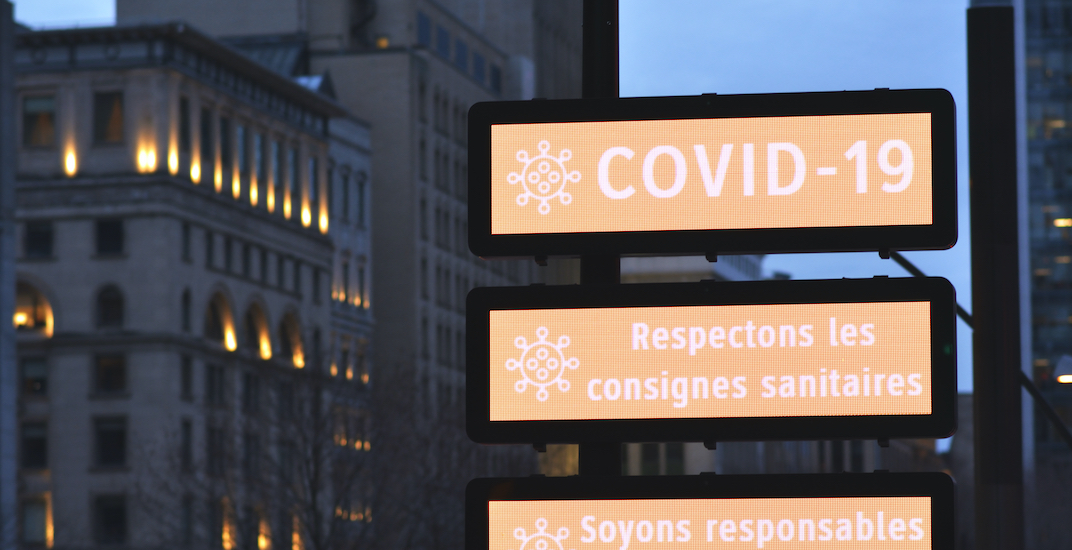 Several regions across Quebec will be downgraded from Level 4 — Maximum Alert (red zone) to Level 3 – Alert (orange zone) effective as of next week.

The downgraded regions include Capitale-Nationale, Chaudière-Appalaches, l’Estrie, and de la Mauricie–Centre-du-Québec. Montreal, Laval, the Laurentides, Lanaudière, and the Montérégie region will remain in orange zones.

The aforementioned regions will be downgraded as of Monday, March 8.

Orange zones have a series of different COVID-19 restrictions than red zones. Curfews in the orange zone start at 9:30 pm, and end at 5 am, nightly. Restaurants, gyms, venues, halls, theatres, and indoor arenas are also permitted to reopen (with strict conditions).

Places of worship in orange zones will be able to increase their capacity from 25 people to 100.

“In the past 10 days, things have become stable in certain regions across Quebec,” says Legault from Montreal. “There are no more decreases in cases or hospitalizations, and they’ve reached a plateau.”

Legault says Montreal specifically, which remains an epicentre of the virus, is still at high risk due to the UK variant of COVID-19.

The premier says Lanaudière, the Montérégie region, Laval, and Montreal are at risk of increasing hospitalizations and cases over the next few weeks and will remain in red zones.

“We cannot change the codes of those zones. They will remain red,” said Legault.

On Tuesday, the government announced that 350 pharmacies across Montreal would start taking appointments for the general public to get vaccinated by March 15.