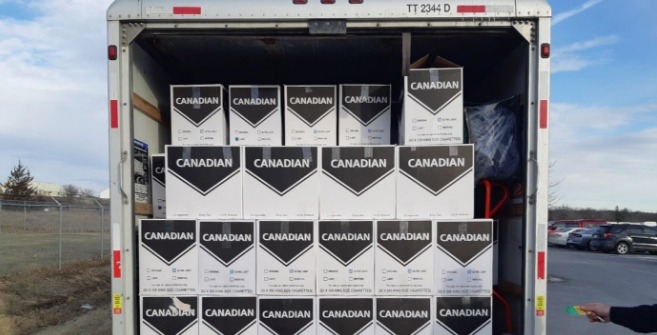 A 64-year-old Quebec man has been arrested after he packed more than just furniture into a U-Haul truck.

An Ontario Provincial Police officer pulled over the Quebecer on Highway 401 near Napanee on Monday and found “approximately 2.75 million illegal cigarettes,” according to the OPP East.

The truck was found to have 296 cases with 10,000 cigarettes each, allegedly breaking Ontario’s laws about possessing untaxed tobacco products.

A 64 yr old Quebec man made full use of the Mom’s Attic to load this truck with approximately 2.75 million illegal cigarettes. #NapaneeOPP, Contraband Tobacco Enforcement Team and Ministry of Finance have charged the man with Criminal and Tobacco Tax act charges. ^cw pic.twitter.com/K7KFN94K3x

The man has been charged with two counts of possession of contraband for the purpose of sale, transporting contraband and failing to comply with probation.

The man is also facing charges against the Contraband Tobacco Enforcement Team and Ontario’s Ministry of Finance.

The man appeared in a Napanee courtroom on Tuesday afternoon.