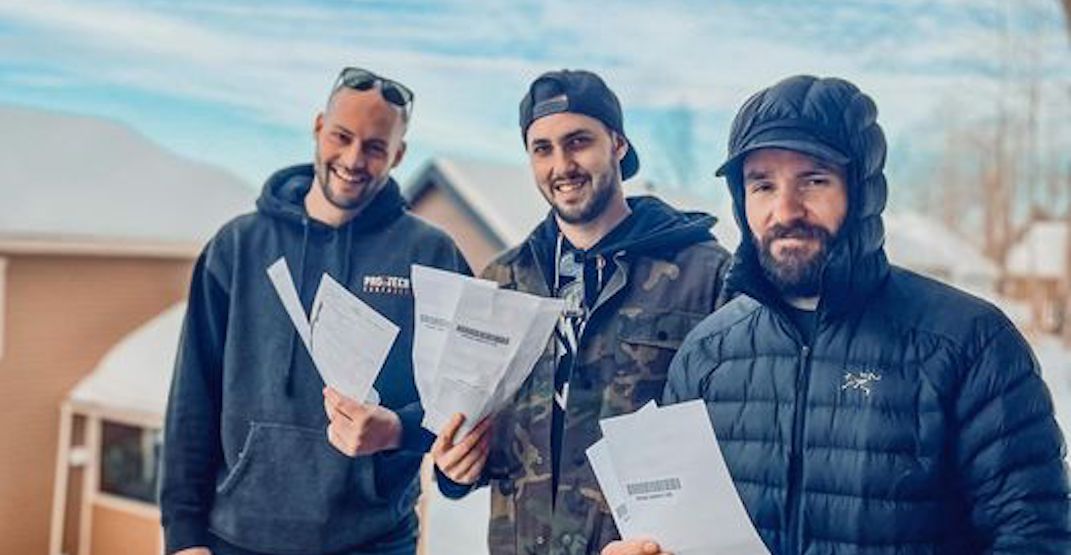 A man from the Eastern Townships says there are “no words to describe the ridiculousness we live in now,” after he and five friends were fined $10,000 by police for sitting outside at a campfire.

Francis Lambert from Bromont says he and his friends were sitting two-metres apart on Sunday, trying to enjoy a “beautiful afternoon.”

In a Facebook post that has been shared over 8,000 times as of Tuesday afternoon, Lambert said the six people came from three separate households as Sunday’s mild weather soared above 0ºC.

In the French post, Lambert says “we are no longer talking about the prevention of spreading the virus, but a state of dictatorship.” Lambert said all responding officers who showed up in three police cars even confessed they felt “uneasy” with giving the fines.

Police said the fines weren’t related to the number of people at the campfire but instead said the fines were issued because the gathering took place on private property, which is a fineable offence under the government’s COVID-19 protocols.

Lambert implied nobody from the gathering would be paying the fines.

“We’ll be happy to claim our rights before a judge,” says his post. “We are not killers, we just want to live a half normal life.”