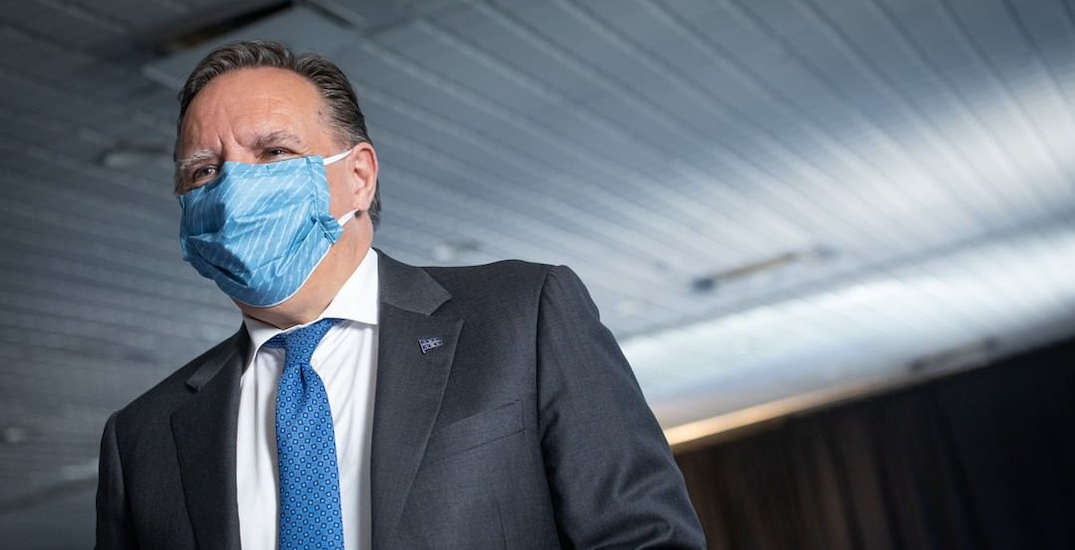 People in Quebec looking to ditch the face mask as of April 15 might no longer have that option.

On Sunday, the interim director of public health, Dr. Luc Boileau, announced the government is considering extending the mask mandate past mid-April amid a rise in cases during Quebec’s sixth wave.

Boileau says the government is “seriously considering” pushing the end of the mask mandate to a “later date” due to the “seriousness of this new wave.”

Boileau says public health is “expected to provide a recommendation in that direction.”

He says the government will make a concrete announcement for the province’s new face mask policy on Tuesday.

Boileau says no other COVID-19 restrictions are planned as of now and says the Quebec government is calling on citizens to “take precautions and be informed” about the risks of contracting the virus.

In March, the CAQ government said the indoor face mask mandate will be removed across the province “by the latest mid-Apri.” At the time, Boileau said the epidemiological situation is “going very well” during Quebec’s transition to a “return to normal.”

Boileau cites an uptick in the BA.2 COVID-19 variant as the government’s new cause for concern.

The province had hoped to do away with masking in public on April 15, but a resurgent COVID-19 virus, primarily the BA.2 variant, has forced public health officials to reconsider.

Dr. Matthew Oughton, the Assistant Professor at McGill University’s Department of Medicine says there is “lots of science to back up that masking works” and that the benefits are “very, very large” with the harms being “negligible.”

Across Canada, mask mandates have all either been lifted or will be at the end of this week.

By Thursday, Quebec will be the only province where mask mandates are still in place.