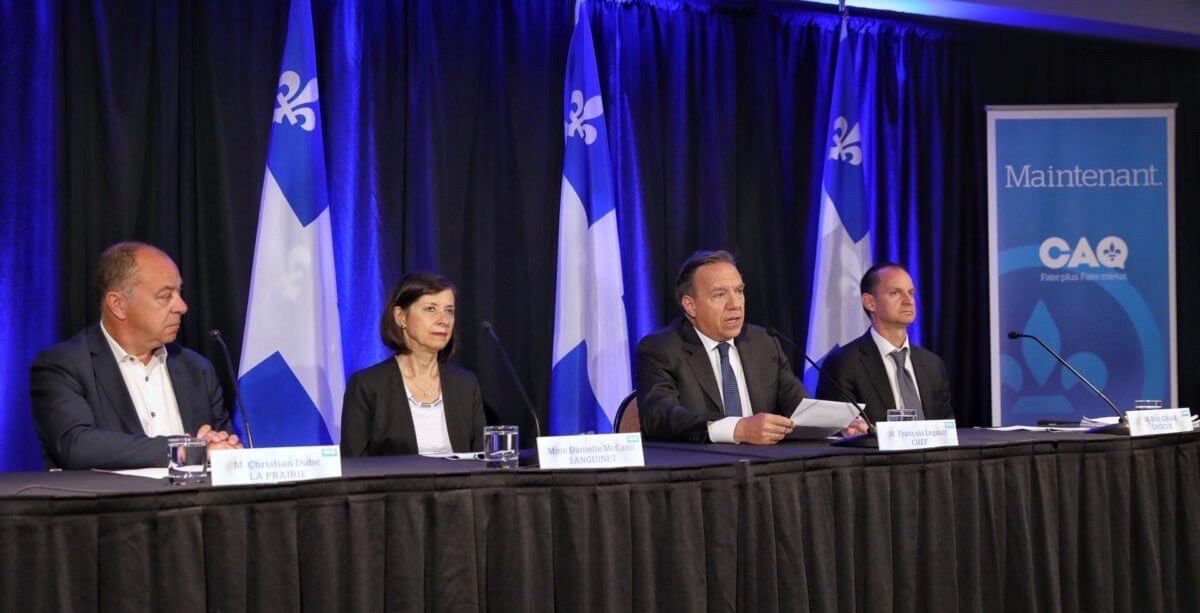 For the first time in more than four decades, independence is off the table during a Quebec provincial election.

This historic new direction is in part due to a change in public opinion on separation, a demographic-induced shifting of the winds. Yet if there’s a single actor most responsible for solidifying the current post-sovereignty reality, it’s Francois Legault and his Coalition Avenir Québec (CAQ).

Legault’s new party has been around for only a handful of years, yet have surged to the top of the polls, ahead of the province’s two perennial heavyweights. While the Liberals and PQ tried to hold onto their respected bases, Legault blazed new ground. The CAQ’s promise to permanently shelf sovereignty, despite his own separatist background, was a breath of fresh air.

Finally, Quebecers had a viable new choice, one that spoke of general prosperity and promoted a strong Quebec without the threat of separation.

Francois Legault, a former successful businessman and Parti Québécois cabinet minister, created the CAQ in 2011. The concept was to be a (Quebec) nationalist option between the sovereigntist PQ and federalist Liberals.

Coming from the business world, Legault was a natural fit to lead a more corporate-friendly, centre-right party that spoke of lower taxes and other right-leaning issues. Shortly after its inception, the CAQ merged with the leftovers of the ADQ, which added to its base and solidified itself deeper within francophone politics.

The last few years saw the CAQ hanging around and getting familiar with Quebecers, establishing Legault and his party as a legitimate new player in the game.

A big focus of the CAQ platform is reducing the tax burden of Quebecers, spearheaded by a proposal to harmonize school taxes, which could translate into a tax cut of $700 million.

The CAQ also envisions turning Quebec’s St. Lawrence Valley into a sort of Silicon Valley for innovation, which they’ve named “The Saint-Laurent Project.”

Other highlights of their platform include decentralizing health-care administration, increasing healthcare spending by 4.1%, and opening it up to more private-sector services.

On education, Legault is pushing for the closing of school boards and opening service centres that would provide administrative support to schools, a move strongly opposed by Quebec’s Anglophone community. They also plan to increase education spending by 3.5% per year.

But in the end, it seems that immigration and relations with minority communities is likely to be the most contentious part of the CAQ’s platform. The CAQ opposes the wearing of religious symbols, including the hijab, by police and others civil servants. Would ban teachers from wearing religious symbols. And would pass a “Secularism Charter” to reign in religious accommodations.

And on immigration, their proposal to oblige French tests and potential expulsion for immigrants who fail it, has become a very easy target. Legault has received consistent attacks from all sides, and is being accused of mistreating and scaring immigrants away before they even arrive.

The CAQ has been in the lead for most of this campaign, riding the “new guy in town” wave.  Many polls even had Legault heading towards a National Assembly majority. But recent numbers show the Liberals gaining ground, and the CAQ moving from majority to minority to just a few percentage points ahead of Couillard and the Liberals.

After lackluster debate performances and a steady advance by their various opponents, the CAQ will have to fight to get their potential historic win. With over 50% of voters still undecided, things are still very much up for grabs.

See you on October 1.