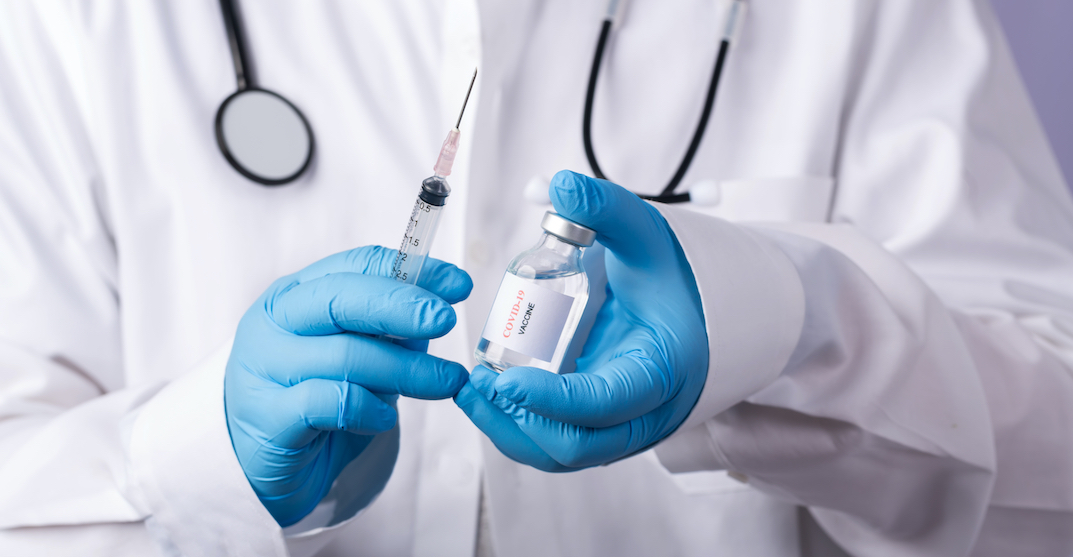 Quebec will get its first doses of Pfizer’s COVID-19 vaccine next week.

At a press conference from Quebec City on Monday, Health Minister Christian Dubé says Quebec should get 4,000 doses of the vaccine. Dubé says the 4,000 vaccines will be able to vaccinate 2,000 Quebecers as each patient needs two doses.

“I wish to put an emphasis that Quebec is ready to start with the vaccinations as soon as we receive the doses,” he said in French. “Things are becoming concrete, and the arrival is imminent.”

Dubé says Quebec City and Montreal will be the first test sights and stressed that public health “will be ready” to administer the vaccines as of Monday, December 14.

Quebec’s Health Minister said frontline workers, patients in CHSLDs, and vulnerable citizens not in long-term care homes will be prioritized for the vaccine.

Dubé says Pfizer’s vaccine will come in boxes, each of which contains “about 975 vaccines.” He said during a two-week period between December 21 to January 4, Quebec will receive “up to 57 additional boxes,” meaning 22,000 to 28,000 people could be vaccinated during that time frame.

Dubé did preface that the positive vaccine news comes with “a big if,” assuming that Health Canada approves the vaccine.

Dubé concluded that Quebec is “in a marathon” and stressed that even if we can “see the finish line, the last kilometres are always the most difficult.”

He says the vaccine is “good news,” but Quebecers need to remain diligent and not ease up on public health protocols just because a vaccine is on its way.

On a federal level, Prime Minister Justin Trudeau announced on Monday morning that Canada will receive its first COVID-19 vaccine in December, which is expected to begin shipping next week.

Trudeau said Pfizer will begin early delivery of their vaccine candidate, providing up to 249,000 of their initial doses in December.

The first shipment is being tracked for delivery next week. These doses are part of the up to 76 million doses Canada has secured through its existing agreement with Pfizer.