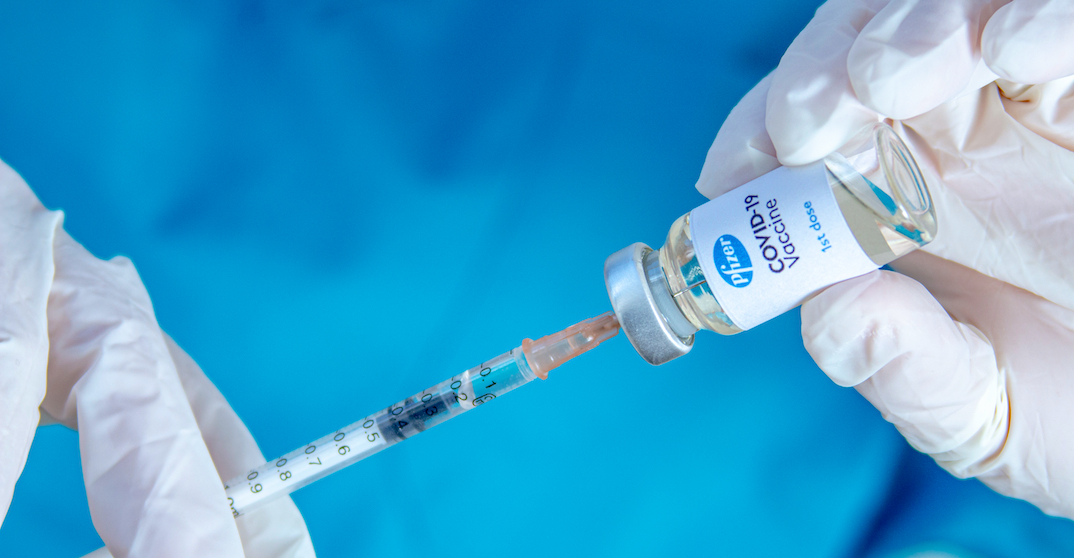 On Monday, 150 residents and staff at two long-term care homes (CHSLDs) in Quebec began receiving vaccinations for COVID-19, and officials aim to increase the daily number to over 500.

Geneviève Guilbault, Quebec’s Deputy Premier and Minister of Public Security, says Monday’s vaccinations were the province’s “first ray of sun in a long time.” Guilbault was on-site at the CHSLD St-Antoine, where an 89-year-old Quebec woman became the province’s first to receive Pfizer’s vaccine to combat the virus.

Guilbault says as of Tuesday, Quebec public health aims to administer 525 vaccines per day until the first shipment of 2,925 doses are finished.

Guilbault warned that although the vaccine is good news, Quebecers should not ease up on public health guidelines. “I’m asking people to continue following the rules and be careful,” she said from Quebec City.

Christian Dubé, Quebec’s Minister of Health and Social Services, says the province has amended who will be first in line to receive the vaccine. Though Quebec public health initially said elders at CHSLDs would be first on the priority list for the shots, health officials now say that some staff members will also be among the firsts.

Last week, Dubé said during a two-week period between December 21 to January 4, Quebec will receive “up to 57 additional boxes,” meaning 22,000 to 28,000 people could be vaccinated during that time frame.