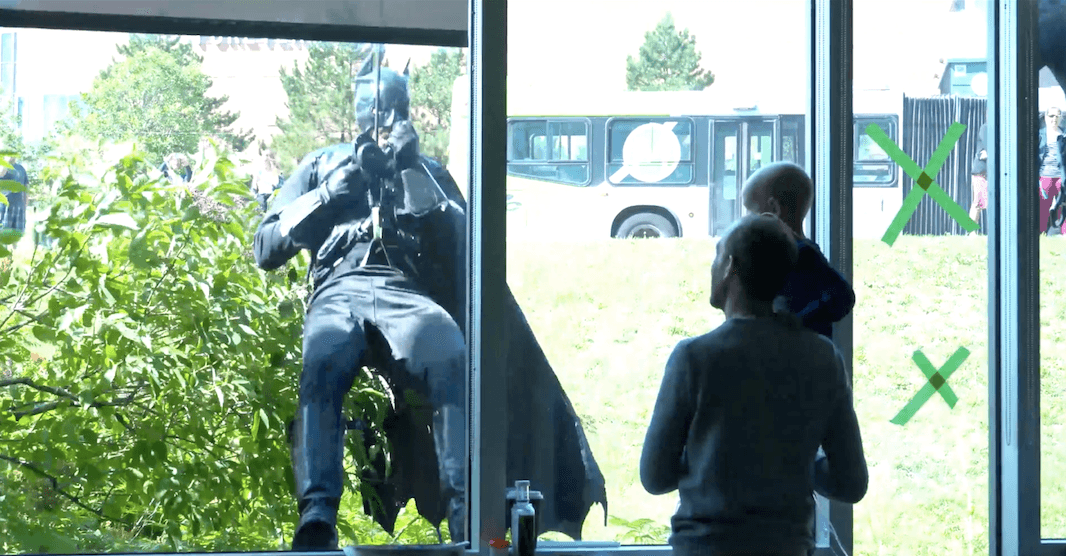 Officers from the Quebec City Police Force are already heroes, but this week they took it up to a “super” level as they dressed up as Batman and Spider-Man and visited children at the CHU de Québec-Université Laval who were confined to their rooms.

The kids are immunocompromised, which means they can’t have visitors, so officers opted to bring them smiles in a different way.

Officers of the SPVQ, including two members of the force’s tactical squad, repelled from the roof and surprised the children and their families, bringing the popular superheroes right to their window.

“It wasn’t possible to visit the kids inside their rooms,” explains Communications Officer Cyndi Paré. “The only way to meet them was by going outside of the hospital. Our best option was to get our colleagues to go down and visit them.”

The video, which was shared by the SPVQ yesterday afternoon, has since amassed over 130,000 views.