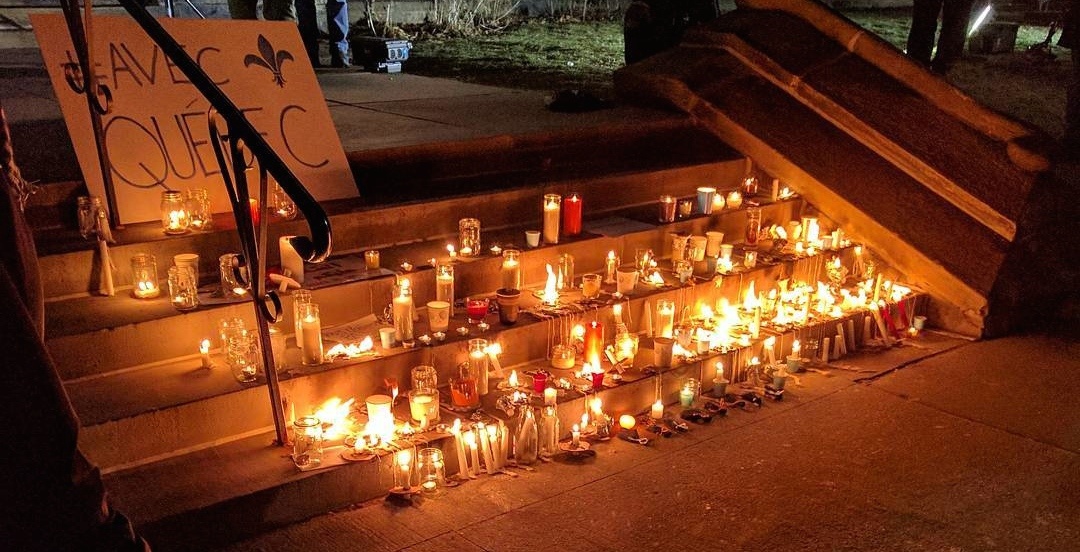 It’s been two years since the Quebec City mosque shooting and the province has several scheduled events to commemorate the attack that left six Muslim men dead and 19 wounded.

On January 29, 2017, an armed individual walked into the Centre Culturel Islamique de Québec in Quebec City and shot and killed six people attending a prayer service, leaving behind widows and 17 children.

Vigils and ceremonies will take place across the province today in memory of the lives lost.

This afternoon, Quebec City Mayor Régis Labeaume and Boufeldja Benabdallah, president of the Centre culturel islamique de Québec, will participate in the unveiling of a maquette of an artwork in memory of the victims.

Students will be invited to contribute to the the giant art installation, which will be unveiled come nightfall.

A photo exhibit, called Femmes musulmanes et Québécoises, and a choir will also be on site in the Agora of the Desjardins Pavilion during the ceremony.

In Gatineau Quebec, the Outaouais Islamic Centre will host a 6:30 pm gathering including Aymen Derbali and Imam Hassan Guillet, two muslims who delivered eulogies at the funeral of the shooting victims in 2017.

Across the river in Ottawa, there will be a vigil on Parliament Hill at 5:45 pm. Minister Ahmed Hussen, Minister of Citizenship and Immigration, Minister Maryam Moncef, Minister of Status of Women, and Members of Parliament from the NDP and the Conservative party will be speaking, along with the founder of the Push Back the Darkness initiative, Ryan Slobojan.

Prime Minister Trudeau also released a statement on the second anniversary of the fatal attack:

“On this anniversary, I join Canadians across the country to grieve those we lost and honour their memory. We hold the victims in our hearts, along with their families and loved ones, and all those whose lives were marked by this tragedy.

“We also recognize the heroes and first responders who saved lives that night and answered this act of hatred with courage. In the days and weeks that followed, Québec City – and communities across the country – did the same. Canadians came together to stand with our country’s Muslim communities, uniting in solidarity and hope.

“Today, we continue to speak with one voice: Islamophobia, hate, and discrimination have no place here or anywhere. We will never allow fear to divide us, and we will always defend the values that make us strong – openness, inclusion, equality, and the freedom to practice religion in safety and peace.

“On behalf of the Government of Canada, I ask all Canadians to pause today and remember the victims. They will stay in our hearts and memories forever.”

Alexandre Bissonnette has pleaded guilty to six counts of first degree murder and six of attempted murder. The 30-year-old faces up to 150 years in prison and will be sentenced on February 8.