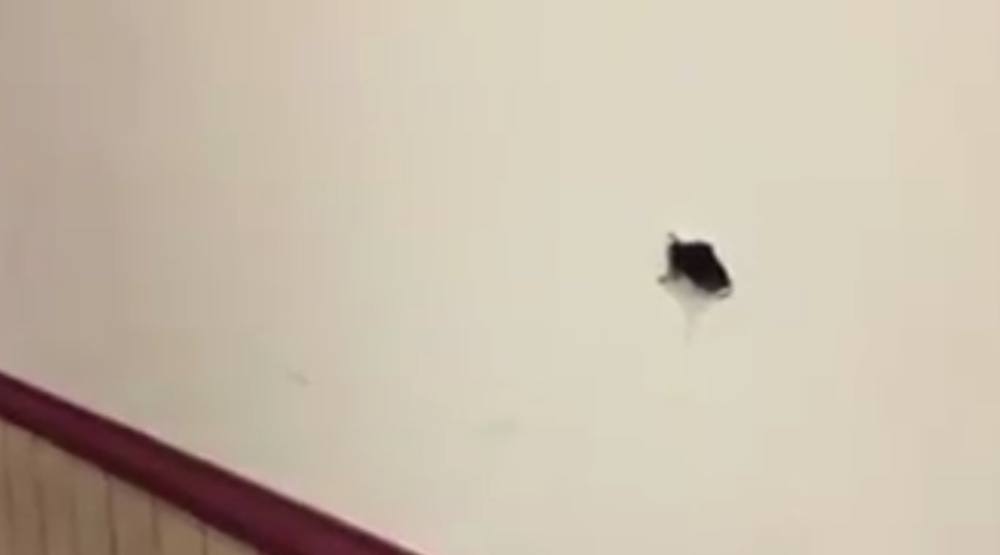 On Sunday night, six people were shot and killed at the Centre Culturel Islamique de Québec mosque in Quebec City.

The senseless act of terrorism has sent the entire country into mourning.

And now, the Centre Culturel Islamique de Québec has released a three-minute video on their Facebook page that walks through the aftermath of the deadly scene. They have done so because they want the world to see what happened that night:

Essentially translated as, “The doors are open for the world to visit the crime scene.”

The silent video shows blood stains on the walls and carpet, as well as several holes in the walls, some of which have been made by bullets, while others appear larger and man-made. Shoes, boots, sandals, and jackets have all been left behind, presumably in the hurry to escape.

What happened at the mosque is an unforgivable act, but their desire to show the world what happened is also an attempt to make it an unforgettable one too.

This is real. This happened. In Canada. Don’t ever forget that.

**WARNING: THIS VIDEO CONTAINS GRAPHIC CONTENT THAT MAY NOT BE SUITABLE FOR ALL VIEWERS**