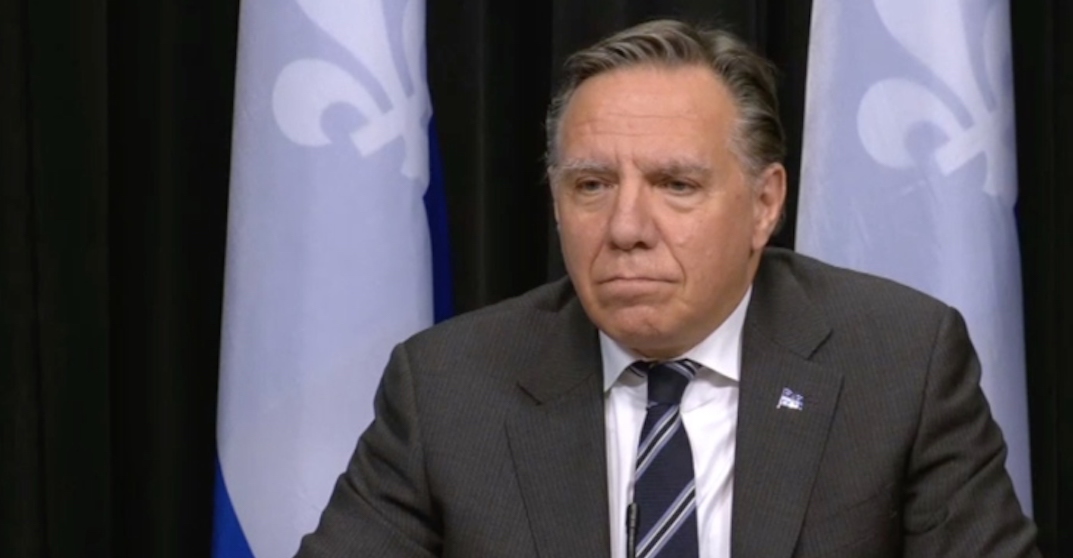 Don’t look now but the Christmas holidays are sneaking up really quickly.

Since the Quebec government extended the province’s red zone lockdown until at least November 23, certain questions about Christmas were brought up to Premier François Legault during Tuesday’s COVID-19 briefing.

When asked about the prospect of being able to partake in family events during the holidays, Legault said there could be some “slight allowances,” assuming coronavirus cases have been contained by December.

“For Christmas, I really hope and I’m confident that in 28 days we’ll be able to, maybe not have big parties, but be able to see our families,” Legault said in English.

Legault said the situation in Quebec is “evolving” and that the government is making “the best decisions possible” based on the information that comes out at the time.

Legault also shared his opinions on the importance for Prime Minister Justin Trudeau to keep the borders closed, even saying he “waited too long to close it the first time.” Legault says the border should be closed until at least the end of the year.

The premier said the majority of Quebecers seem to be following public health guidelines and even though Quebec’s numbers have increased, he’s happy to see that cases haven’t soared past the numbers from the first wave as is the case in many European countries.