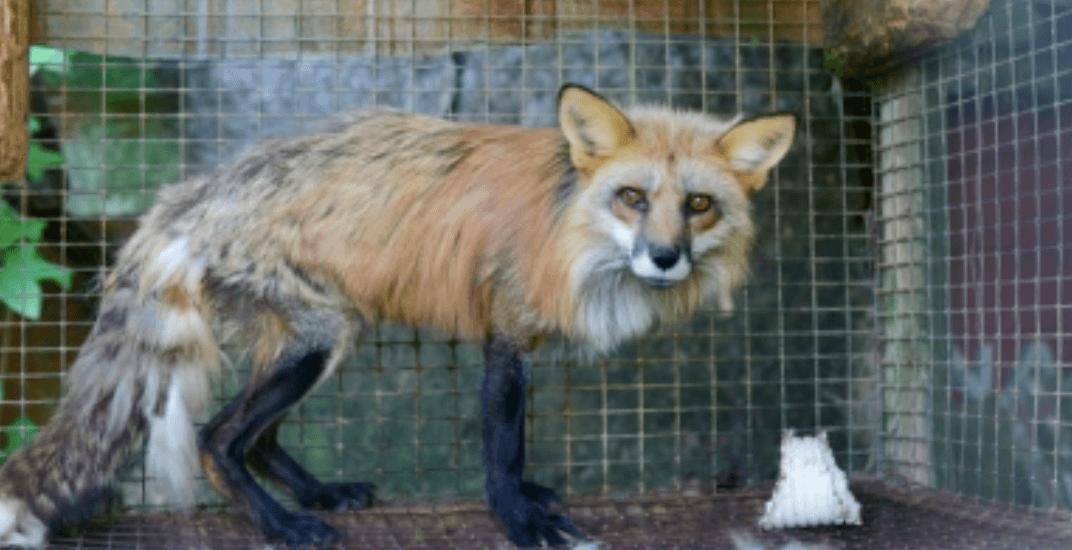 A fur farmer in Montérégie has been found guilty of three counts of animal cruelty and neglect against foxes and dogs on his property.

The charges link back to a 2014 SPCA investigation that found several extremely malnourished and sick foxes on Jean-Luc Rodier’s farm. The foxes had to be seized and euthanized as they had no chance of recovery. Two neglected dogs were also seized.

“Though we are pleased that Mr. Rodier was finally convicted for the suffering he inflicted on the animals raised on his fur farm, this case points to a much bigger problem,” said Me Sophie Gaillard, lawyer for the Montreal SPCA’s Animal advocacy department, in a statement.

Rodier was sentenced Rodier to pay $5000 in fines and he must complete 75 hours of community service.