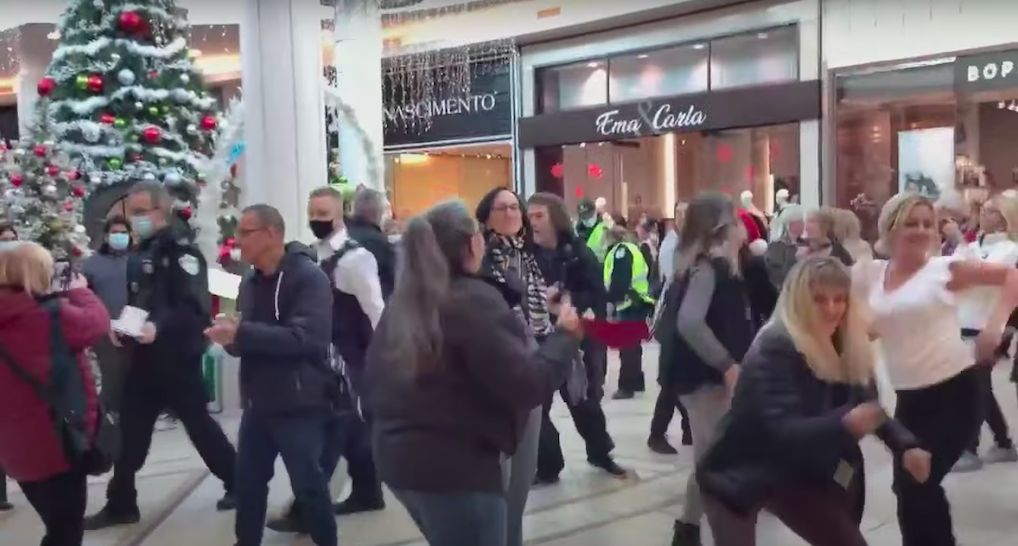 Police were called to a mall in Rosemère after roughly 30 people broke out in an anti-mask dance on Saturday afternoon.

In a phone call with Daily Hive, a spokesperson for Blainville police said no arrests were made but fines could be administered following the incident, which is currently under investigation.

The flash mob dance — which lasted for about five minutes — included adults, kids, and elders at the Place Rosemère shopping mall.

Police and mall security broke up the dance and have launched an investigation into what started the event as well as everybody involved.

Police say none of the dancers were wearing masks or following physical distancing guidelines, both of which go against the government’s indoor orders.

The video, which was shared on the C’est normal au Québec YouTube page, has amassed over 127,000 views since being posted on Saturday night.