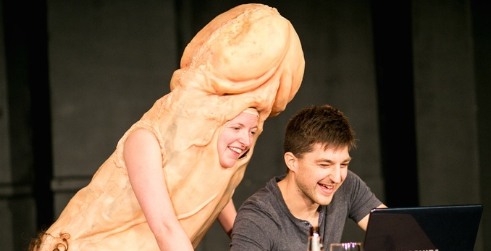 A Quebec theatre has been fined after an actor who smoked a fake cigarette on stage.

At a performance of the play Conversations avec mon pénis at the Premier Acte theatre in Quebec City, two health inspectors issued a $500 fine for smoking in a public place after Marc-André Thibault lit up a prop cigarette on stage.

The theatre’s artistic director, Marc Gourdeau, says he will contest the ticket arguing that you can’t violate anti-tobacco laws with a cigarette that doesn’t actually contain tobacco, or in his theatre’s case, sage.

The Tobacco Control Act says “The term ‘tobacco’ includes any product containing tobacco, electronic cigarettes and any other devices of that nature that are put to one’s mouth to inhale any substance that may or may not contain nicotine, including their components and accessories, and any other product or class of product considered to be tobacco under a government regulation.”

Such devices, even imitations are are forbidden in “enclosed spaces where activities of a sports or recreational, judicial, cultural or artistic nature are presented” or in any space where the public is admitted. 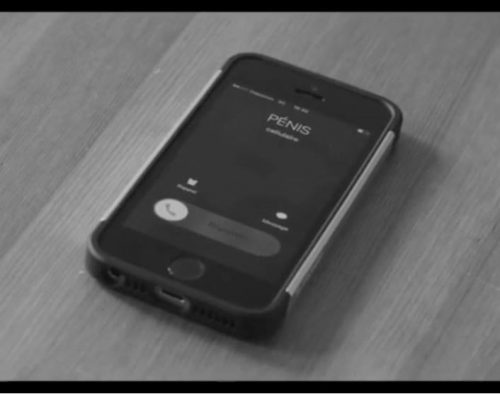 The theatre argues that actors can depict other illegal acts on stage such as drug consumption, murder, and violence, but smoking a prop cigarette isn’t permitted.

The French version of “Conversations with my Penis” written by New Zealand’s Dean Hewison was presented from November 27 to December 7 but the cigarette smoking was dropped from the script following the fine.

The giant penis persisted throughout.