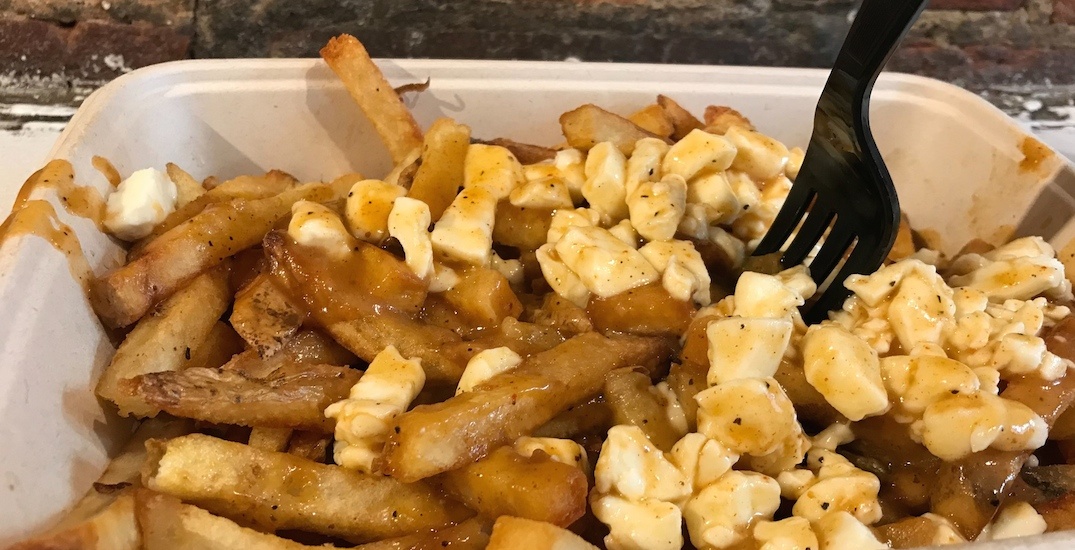 Montreal is synonymous with a lot of things: the Les Canadiens, orange construction cones, Celine Dion, and bone-chilling winters.

How does that old saying go? You can take the cheese curd out of the city but don’t expect it to taste the same? Something like that. Actually, that’s it. That’s definitely the saying.

Anyway, I like my poutine the original way — the perfect trifecta of grease: fries, cheese curds and gravy. I’m a poutine traditionalist. A pouditionalist, if you will. I don’t need the flare, the pizzaz, the bonus features, or the add-ons. Save yourself the pulled pork, say no to the nacho-option, and keep the kimchi away.

If you a do a poutine right you shouldn’t need anything else, just equal parts of the holy trinity.

So, curious to discover inter-provincial poutine differences, I asked the Daily Hive Toronto team to take me on the gravy train for lunch while I’m visiting the centre of the universe.

And while we headed over to Poutini’s House of Poutine for a mid-day meal, I couldn’t help but think that while we may be going to a house of poutine, I’m from entire province of it.

I was a tad skeptical to try a non-Quebec poutine. My only other dip into a foreign option was at a dinner in New York and it did not go over well (Kraft singles, really?!). 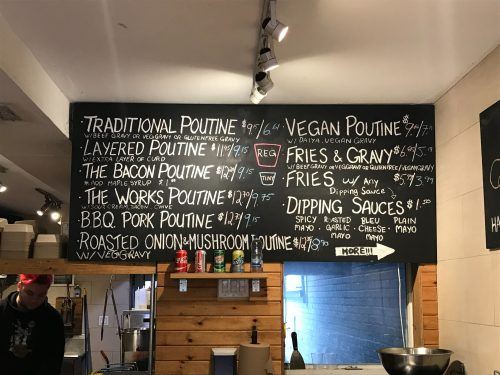 Upon entering Poutini’s (no relation to Houdini, I learned), the smell was on point. I opted for the bare-bones traditional option and instantly felt uneasy when the platter was served in a styrofoam dish instead of the Quebec-style aluminium plate to which I am accustomed.

I dove into my first-ever Ontario poutine and it immediately exceeded my expectations. The cheese curds were on point, the fries were crispy and tasty and everything else was gravy — actually. 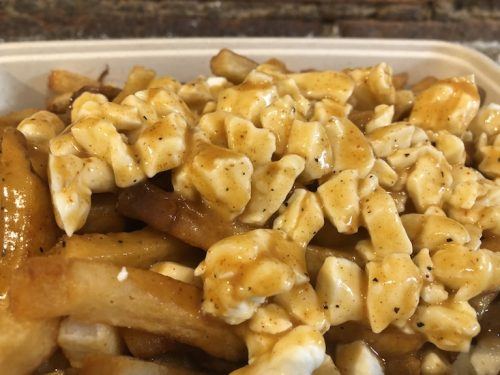 But don’t get me wrong, nobody can compete with Quebec’s trademark dish. We just do it differently. Traditional poutines have double blanched and softer fries, our gravy is thicker and proper cheese curds make that delightful squeaky sound when we devour it.

I listened for the squeak, but was met with silence. There is nothing more disappointing than a quiet poutine.

I will say that Poutini’s did offer the correct mix of cheese curds throughout the serving, a very solid ratio. And let that be a lesson for everyone else, cheese curds are not a garnish — they are the centrepiece.

Overall, they did pretty well. A solid 7/10 from your poutine-proud neighbour. Would eat again.

Thankfully, I thought ahead and left some room in my stomach for dinner when I get back to La Belle Province. 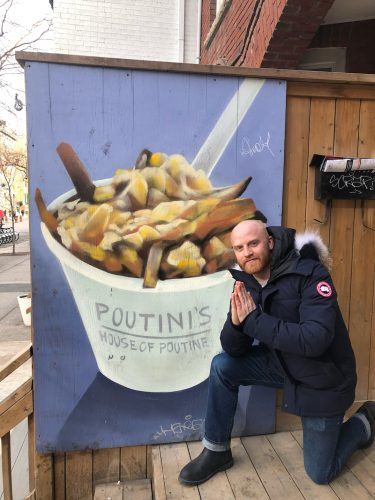