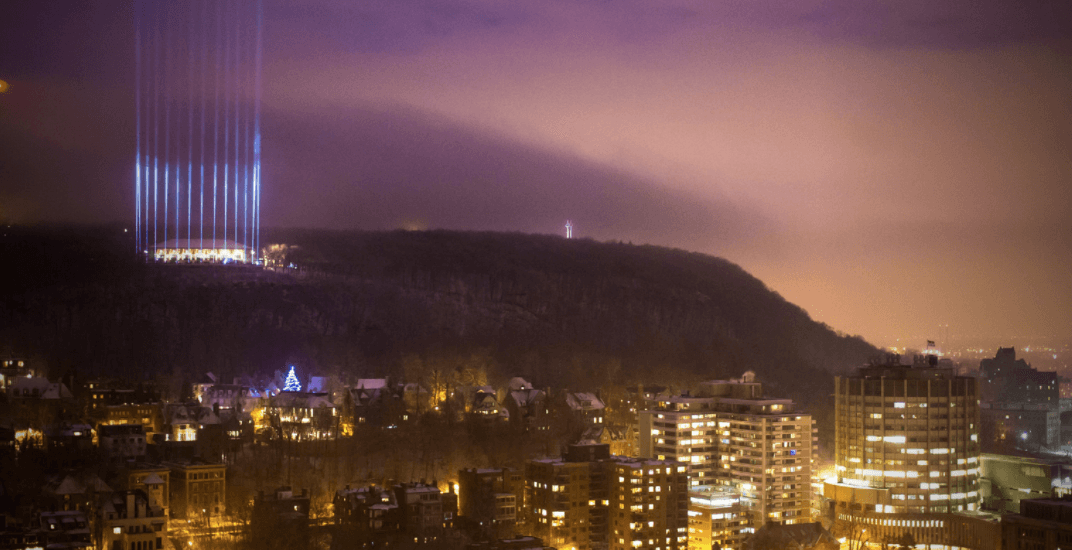 December 6th marks the 28th anniversary of the Ecole Polytechnique Massacre in which 14 women lost their lives.

The anniversary of the massacre is commemorated alongside the National Day of Remembrance and Action on Violence Against Women.

For a fourth year, Moment Factory has incorporated an extra special commemoration in the form of a light installation atop Mount Royal. Fourteen beams of light, in honour of the 14 victims, will light up the night sky tonight.

Today, we pay tribute to the 14 women whose future was robbed from them in a senseless & hateful act of violence: https://t.co/tv7u4zWFYl pic.twitter.com/HHc9lpMbun

Tonight’s ceremony will be held at the Mount Royal Chalet at 5 pm. The commemoration will take place in the presence of Sophie Grégoire Trudeau, Montreal Mayor Valérie Plante, as well as the survivors and loved ones of the victims of the tragedy.

“28 years ago, on December 6, 1989, 14 young students at École Polytechnique de Montréal saw their life cut by a gunman, simply because they were women,” said the City of Montreal in a release. “The families and loved ones of the victims, but also Montrealers and Quebeckers have been deeply affected by this unprecedented act of violence, hence the importance of meeting to honour the memory of these women.”