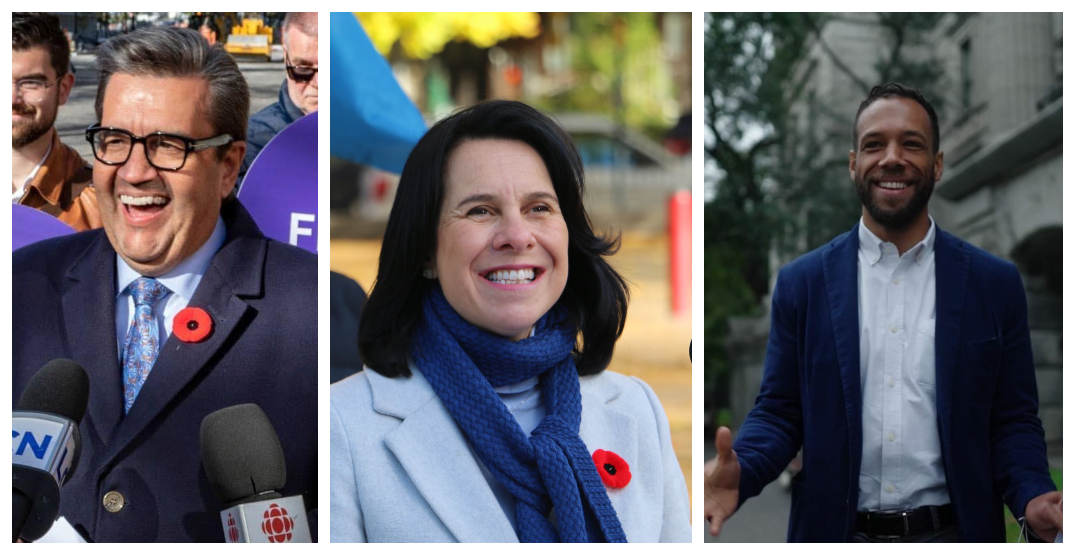 The latest poll numbers from Mainstreet Research show Projet Montreal’s Valerie Plante polling at 46%, which is higher than any other candidate ahead of this weekend’s election.

While Projet Montreal and Coderre’s party Ensemble Montreal were neck-and-neck for the past few weeks in the majority of polls, Plante appears to have gained a substantial boost in support as of late. 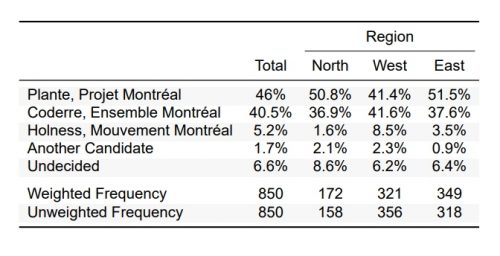 Mainstreet Research has Coderre’s party now polling at just above 40%. Meanwhile, Mouvement Montreal founder Balarama Holness seems to be trailing behind at 5.2%.

Voters who are set on a fourth candidate as well as those who have yet to decide equate to approximately 8%.

As for the accuracy of the poll, the research company states that “the analysis in this report is based on results of a survey conducted from November 2-4, 2021 among a sample of 850 adults, 18 years of age or older, living in the areas of the city of Montreal that are eligible”.

For more information on how to vote on November 6 and 7, visit www.election.montreal.ca.