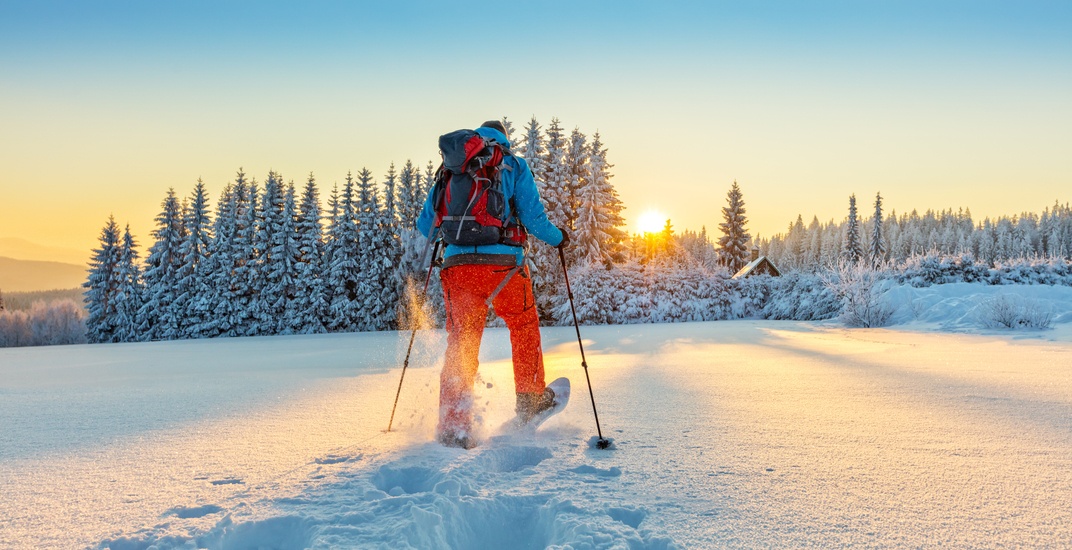 Check out 10 places to go snowshoeing in Montreal.

Go on a snowshoeing adventure in the heart of the city on Mount Royal. Where winter fun prevails, Mount Royal is home to ice skating, cross country skiing, sledding, snow tubing, and snowshoeing in the wintertime. There are over 3km of trails and snowshoes can be rented from the Beaver Lake Pavilion. Rentals are $9 for 1 hour and $15 for 3 hours.

When: Until March 2018
Where: Beaver Lake, Mount Royal

Enjoy an enchanting snowshoeing tour through the trees of the Morgan Arboretum. The 5km trail starts from behind the Arboretum’s Pine Cottage and takes you all around the centre’s grounds. Prepare for a day of snow-filled fun. Snowshoe rentals cost $11.

The Lachine Canal is a hub of outdoor activity during the summer and winter. In winter, you’ll find excellent trails for snowshoeing, running all the way from LaSalle to St. Henri. However, there is no place to rent equipment around the canal so you’ll have to bring your own.

Boasting over 5km of snowshoeing trails, Parc-nature Cap-Saint-Jacques is the city’s largest park. This regional park in the west island is truly a winter wonderland. Plus, you don’t have to worry about acquiring your own snowshoes as the park rents them out for as low as $6.

One of the city’s most scenic parks, Parc-nature Bois de l’Île Bizard is situated between Kirkland and Saint Eustache. It is home to 7km of tranquil trails and you can rent snowshoes for one hour up to an entire day.

A gorgeous park in northwest Montreal, Parc-nature Bois-de-Liesse has trails among enchanting woodland scenery. There are also two chalets for hikers to heat up in after a long day of snowshoeing. They offer rentals which range from $6 to $15 depending on how long you need them for.

Located on Montreal’s north shore, this park is home to the city’s most extensive snowshoeing trail network. Offering 8km of trails and equipped with an on-site bistro, you’ll love spending a day at Parc-nature de l’Île-de-la-Visitation. Snowshoes are not available for rent so remember to pack your own!

In Montreal east lies Parc-nature de la Pointe-aux-Prairies, one of the city’s most idyllic parks. With rare birds and deer in your midst, you’ll truly feel like you’ve escaped the hustle and bustle of the city in this natural space. Boasting 7.2 kilometres of trails and snowshoe rentals for all ages, be sure to head over after a fresh snowfall.

10 minutes from downtown Montreal near Metro Angrignon you’ll find Parc Angrignon. With 2.7 km of trails, you’ll be able to explore the open snow in front of you on foot. Snowshoes cannot be rented from the park so be sure to bring your own.

A mecca for all winter activities, there is so much to do on Parc Jean Drapeau during the snowy months. From exciting activities courtesy of Fete des Neiges to cross-country skiing and snowshoeing, you’ll love getting active on this easily accessible island. Snowshoe rentals are available and start at $9.