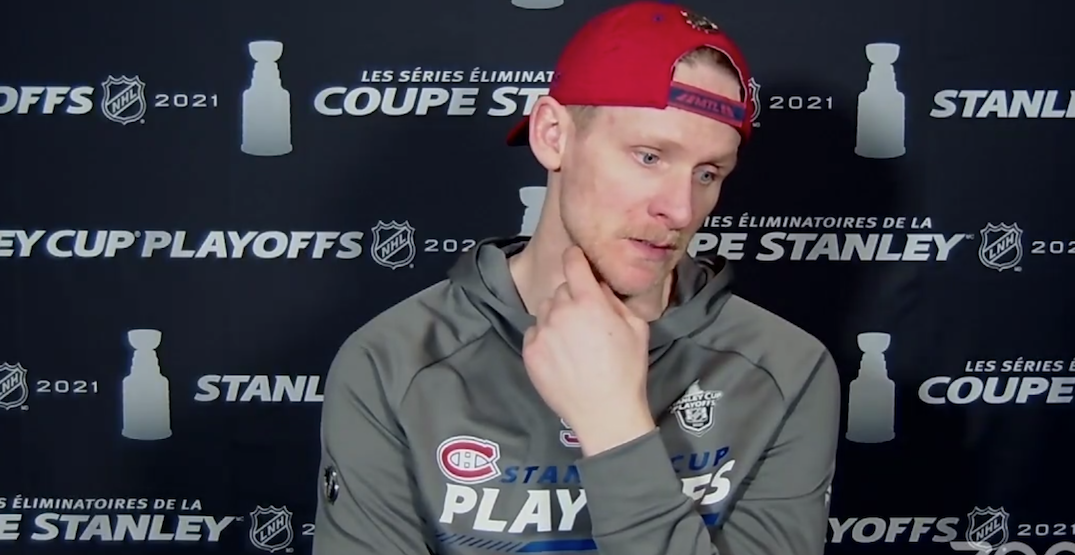 Corey Perry tried to get out of the way, but couldn’t avoid injuring John Tavares during Thursday’s playoff series opener between the Toronto Maple Leafs and Montreal Canadiens.

The Habs forward spoke to the media following the game, explaining his perspective.

Perry and Tavares have played together on multiple occasions with Team Canada. Despite Perry’s reputation, everyone understood that it was an accidental collision. The Habs forward made sure to go over to Tavares while he was being stretchered off the ice, as a sign of respect.

“I honestly felt sick to my stomach when I saw it,” said Perry. “It’s a scary situation. I’ll reach out to him and talk to him. Hopefully he’s okay.”

Tavares was released from hospital today. He suffered a concussion on the play, Leafs coach Sheldon Keefe confirmed.