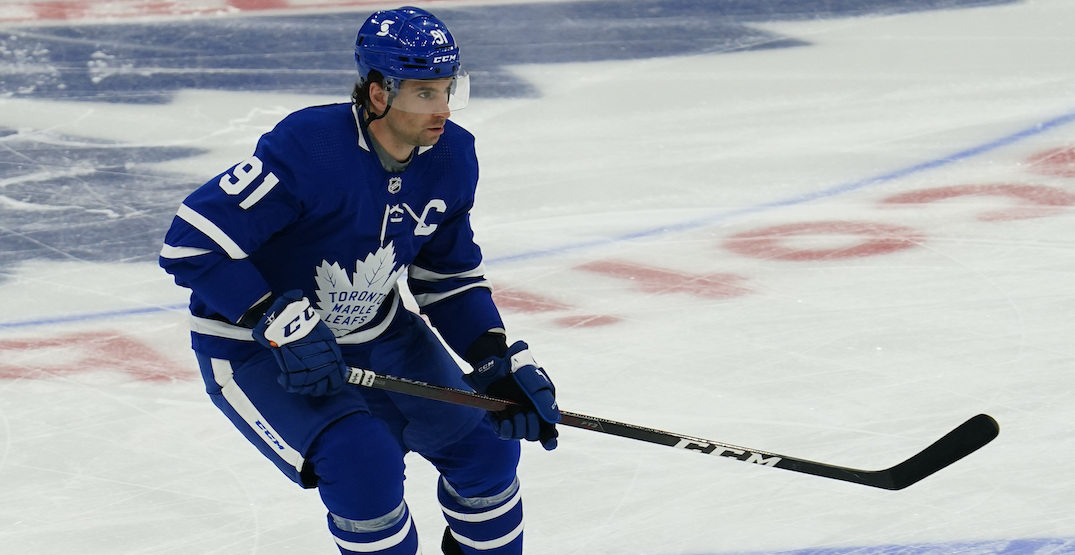 After suffering from a scary collision Thursday night and spending the night in hospital, Toronto Maple Leafs captain John Tavares was released Friday morning and sent home to rest.

The team’s PR department announced the move on Twitter, adding that he’d been “thoroughly examined and assessed by the neurosurgical team at St. Michael’s Hospital.”

“Toronto Maple Leafs captain John Tavares has been discharged from the hospital this morning,” the Leafs announced. “He was thoroughly examined and assessed by the neurosurgical team at St. Michael’s Hospital and the club’s medical director. He was kept overnight for observation and is now resting at home under the care and supervision of team physicians.”

“Tavares will be out indefinitely.”

The news is about as good news as you could hope for from what was an extremely traumatic injury to watch. Here’s to hoping Tavares makes a speedy recovery and is able to continue playing hockey soon enough.