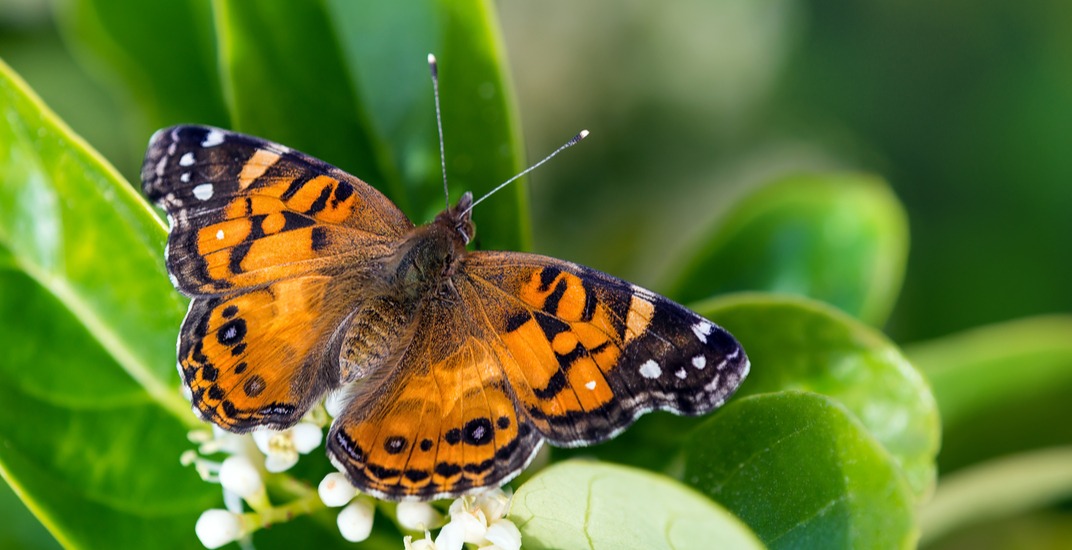 Thousands of painted lady butterflies have appeared in Montreal this week due to a giant migration.

According to Maxim Larrivée of the Montreal Insectarium, this mass painted lady migration is actually quite rare.

“They had a good breeding season last winter in southern Texas, northern Mexico, and Arizona. Then when they migrated back this spring they had really strong dominant southern winds that pushed them up all the way to Canada by mid-April which is extremely early for them,” Larrivée told Daily Hive.

The painted ladies came in large numbers and this allowed them to breed again when they arrived in Canada.

“You can imagine the population grows every time they breed up here in the summer,” said Larrivée.

Usually, when the butterflies migrate back to the south, they can’t be seen because they fly up to nearly 500 metres in the air. Currently, winds are pushing against their migration route and this is causing the butterflies to fly closer to the ground.

“This year there are millions of them and they get pushed to ground and we have had these really warm calm conditions and they have just been waiting to take off,” said Larrivée.

“I’m just really happy we are talking about butterflies. This is a really interesting phenomenon.”

The painted ladies are expected to be in town for a few more days so you can enjoy their company a little while longer before they head back to warmer climates.